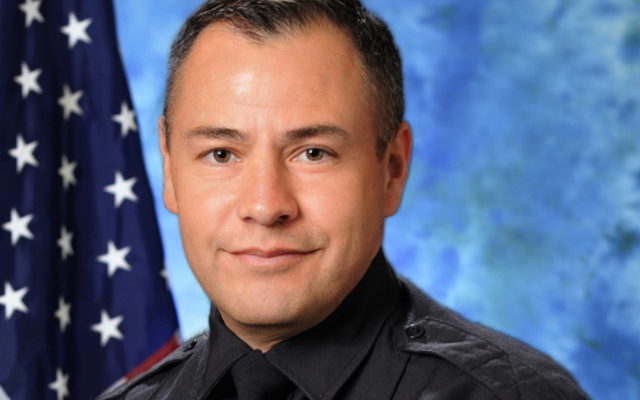 Markle stated officers stopped a car for racing on westbound State Highway 358 at around 9:45 p.m.  Three police units were on the scene.

“As the officers were out of their units conducting the traffic stops, a vehicle driven by 26-year-old Brandon Portillo struck the marked vehicles that were engaged in the traffic stop, striking Officer Michael Love and Officer Alan McCollum,” the police chief explained at a Saturday news conference.

Portillo arrested on suspicion of driving while intoxicated.

He has been charged with intoxication manslaughter, intoxication assault and driving with a suspended license.

Corpus Christi police say one of those officers, 46-year-old Alan McCollum, was killed.  He had been with the Corpus Christi Police Department for seven years after spending 21 years with the United States Army.

He is survived by his wife and three children.

The other officer, Michael Love, suffered major injuries, but police say he is in stable condition and recovering at a local hospital.  Love has been with the department for two years.

The department has not released any additional details about the crash itself.