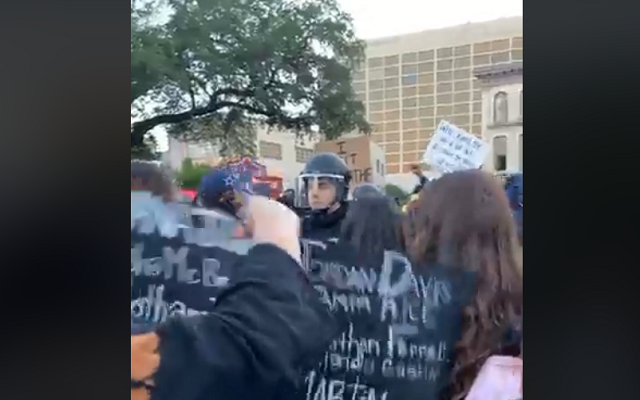 SAN ANTONIO (KTSA News) – The San Antonio City Council Public Safety Committee held the first of three public sessions this week concerning police reforms, and much of the discussion focused on repealing rules in the San Antonio police union contract that make it difficult to fire officers for misconduct.

Many of the officers who are fired go through the arbitration process and end up getting reinstated.   At a meeting last week, Police Chief William McManus said it was “problematic” for him because there must be consequences for misconduct.

A 2017 report in the  Washington Post named San Antonio as number one among the largest cities in the country for reinstating officers that have been fired.

“Seventy percent of officer terminations in this city lead to reinstatement with backpay with legal fees paid by the taxpayers,” James Dykman said during the citizen comment portion of Monday’s meeting. “This is an embarrassment, not only to Chief  McManus, but also the city.”

Those who got their jobs back after being fired include an officer who gave a homeless man a feces sandwich.  Councilwoman Ana Sandoval inquired about that officer’s status at Monday’s committee session.  Deputy City Manager Maria Villagomez informed her that the officer has since been terminated for a second offense.  Villagomez said the officer is not getting paid as they await the results of the latest arbitration process.

The rules also prohibit the chief from disciplining an officer for a case of misconduct after 180 days from the time the incident occurred.

There was some discussion about repealing chapters 143 and 174 of the Texas Local Government Code.   Getting them on a ballot would require more than 78,000 valid signatures from registered voters for chapter 143 and more than 19,000 for chapter 174.

Councilman Clayton Perry noted that he would like to see information from other cities who don’t have these items in their police union contracts.

He added that there are two sides to every story and he wants to hear from the San Antonio Police Officers Association.

Even if the two laws are revoked, officers will be covered by the current contract,which is set to expire September 30, 2021.  However, it includes an evergreen clause that could keep the current collective bargaining agreement in effect for 8 more years.

Police union contract across the country are under scrutiny following the death of George Floyd at the hands of a Minneapolis police officer.