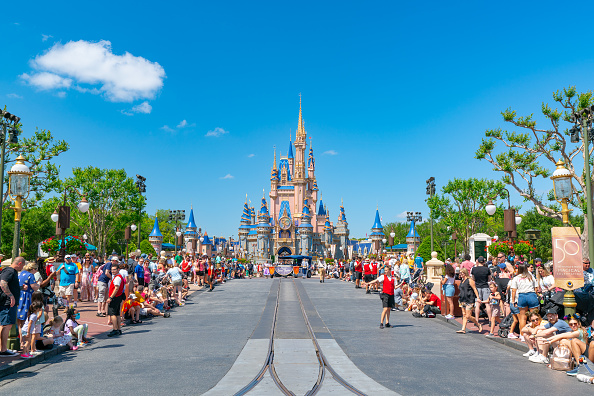 SAN ANTONIO (KTSA News) — A Texas county judge thinks his jurisdiction should be considered as the new home for the Happiest Place on Earth.

Fort Bend County Judge KP George penned and shared the letter on social media this week, urging Disney CEO Bob Chapek and Twitter CEO Parag Agrawal to visit and “see for yourself” why the community would be the perfect home for both businesses.

The invitation comes amid the feud between Disney and Florida Gov. Ron DeStantis over the state’s recently instated and nationally controversial Don’t Say Gay bill. The bill was signed into law on March 28 and forbids educational instruction on sexual orientation and gender identity for students in kindergarten through third grade.

The special district also relieved the tax burden — reportedly $53 million a year — from residents in the surrounding Orange and Osceola counties. The dissolution means those residents may see a 20% to 25% increase in property taxes, but the counties are studying to understand what the impact will be.

George wrote the companies are both facing “authoritarian, anti-business, and culture war attacks from extremists in Florida,” and notes that Fort Bend County is now home to strategic investments from Amazon, Texas Instruments, Comcast and Gallery Furniture as examples of the burgeoning trend in economic development for the area.

“Fort Bend County is a unique place,” George wrote. “Our residents and families compose the most diverse county in the United States, deliver extremely high graduation rates, and are one of the top capita purchasers in Texas have lots of wide open and affordable land, while also being strategically located for the most efficient distribution of goods domestically and internationally including the best access to both inland and waters ports in Texas.”

From Timone & Pumba to Tinker Bell, Disney characters are as diverse as Fort Bend County families. I welcome @Disney to visit Fort Bend County as your next destination while you face attacks from the modern day political extremists like @RonDeSantisFL. pic.twitter.com/UMtvN4Cudj