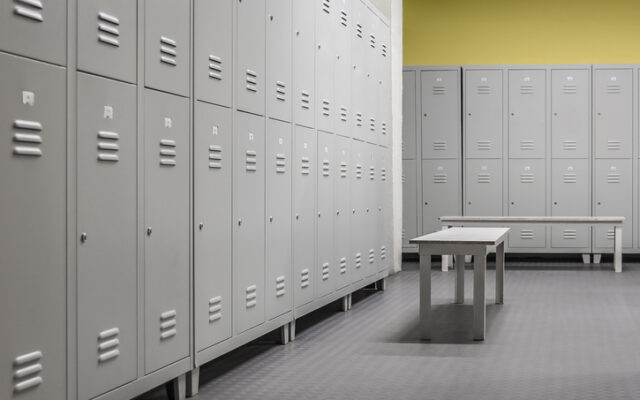 MINNEAPOLIS (AP) — The Minnesota Court of Appeals ruled Monday that schools must allow students to use locker rooms that are consistent with their gender identity, saying a suburban school district violated the rights of a transgender student by keeping him from using the boys’ main locker room.

The parents of the boy identified as N.H. sued the Anoka-Hennepin School District last year, claiming the district violated his rights to equal protection under the Minnesota Human Rights Act when it forced the student, who was on the boys’ swimming team, to use a segregated locker room.

The appeals court found it is unlawful to segregate a boy from his peers just because he is transgender.

“N.H. identifies as male, has socially transitioned to male, and lives as male. Others also identify him as male and treat him as male. Based on this record, we conclude that N.H. is similarly situated to his peers because he, like his peers, sought to use a locker room that corresponded with his gender identity,” Judge Peter Reyes wrote in the majority opinion.

The Minnesota Department of Human Rights, which joined in the lawsuit, said the decision is a powerful one that notes “students should not be required to ‘shop’ among schools and districts to obtain a discrimination-free education,” because schools “play a pivotal role in a young person’s development and intellectual, mental, and emotional health.”

“This decision means that schools are now safer and more welcoming for transgender and gender nonconforming students across Minnesota,” Human Rights Deputy Commissioner Irina Vaynerman said in a statement.

Jim Skelly, spokesman for Anoka-Hennepin Schools said the district is reviewing and analyzing the decision and will consider its next steps, which could include an appeal, a possible settlement or going to trial.

“The district’s top priority is maintaining a learning environment that is safe, secure, and free from discrimination, and its decision will be guided by those values,” Skelly said in a statement.

Judge Matthew Johnson disagreed with the majority, saying N.H. was not “similarly situated in all relevant aspects” to his peers and does not have an equal protection claim because when he attended Coon Rapids High School from 2015 through 2017 he likely had the anatomy of a female.

“The anatomical differences between transgender boys and cisgender boys are relevant for the obvious reason that they are visible when boys shower or change clothes in shared spaces,” Johnson wrote.

The court record does not provide details on N.H’s anatomy, but Johnson notes that transgender children typically do not take steps to alter their bodies.

“I never want any student to experience the discrimination and cruelty I experienced from the adults at my school,” N.H. said in a statement released by the American Civil Liberties Union of Minnesota. “It means a lot to see that courts protect transgender students like me. Today’s decision makes it very clear that segregating trans students doesn’t just dehumanize us, it violates our legal rights.”