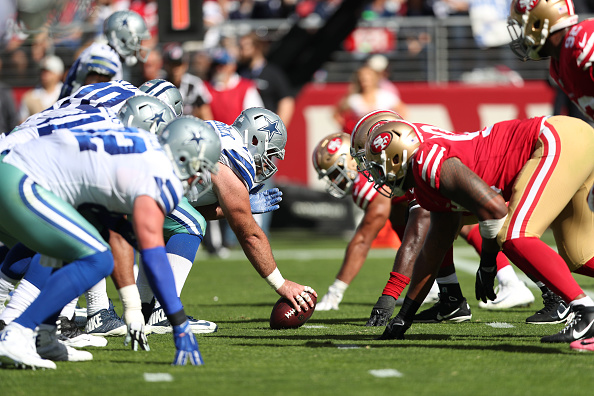 SAN ANTONIO (KTSA Sports) — For the second straight year, the Dallas Cowboys will face the San Francisco 49ers in the Divisional Round of the NFC Playoffs, and there is a safe bet you are burned out on all speculation surrounding this game, and you might even be getting tired of all of the historical references made about the great games these two teams have played.

Yes, there is plenty to look back on, all depending on how long you have followed these teams.

If you really do go back a ways, you might recall Dallas winning back-to-back NFC Championship Games over the 49ers following the 1970 and 1971 seasons, home and away. Roger Staubach was in the process of beating out Craig Morton as the franchise quarterback for the Cowboys back then with Dallas winning the Super Bowl over Miami after the second of those two meetings.

About a decade later, and after four more trips to the Super Bowl for the Cowboys in the 70s, a young passer named Joe Montana was launching a San Francisco dynasty in the 80s. He did so in another NFC Championship Game between these teams after the 1981 regular season, the 49ers moving on to beat Cincinnati in the Super Bowl two weeks later.

I trust you can remember the déjà-vu between the Cowboys and the 49ers a decade later, this time America’s Team taking the torch from San Francisco while eventually becoming the team of the 90s. These were among the last great years for Cowboys fans, and memories like Alvin Harper’s 70-yard catch and run to set up a game-winning touchdown in the NFC Championship Game following the 1992 season might stand out above all others.

But enough about all of this history, because it really means nothing to Sundays game. The players, coaches, and even the stadiums these teams play in have all changed since those classic games of decades passed. In fact, this game is a mere divisional playoff game, exactly like last year’s game in Arlington. There is no trip to the Super Bowl on the line, and it could still be a stretch to assume that the winner of Sunday’s game between Dallas and San Francisco even has the inside track to reach the Super Bowl, let alone win it.

If we knew that the New York Giants were going to upset the Eagles in Philadelphia on Saturday, then the Cowboys and 49ers could start smelling the Super Bowl while knowing that Sunday’s winner would be hosting the NFC Championship Game.

But we’re a long ways from knowing that, or so they say in Philadelphia where the Eagles are still the No.1 seed in the NFC playoff bracket.

Dallas vs. San Francisco 9.0 in the NFC playoffs will be about themes you have been hearing for many weeks now, but not many years.

Will Dak Prescott look like his dominant self, or will he toss a few passes to red jerseys?

Which team has the best defense, and is Nick Bosa better for his team than Micah Parsons is for his?

Which team has the best place kick – well, let’s pass on that for now.