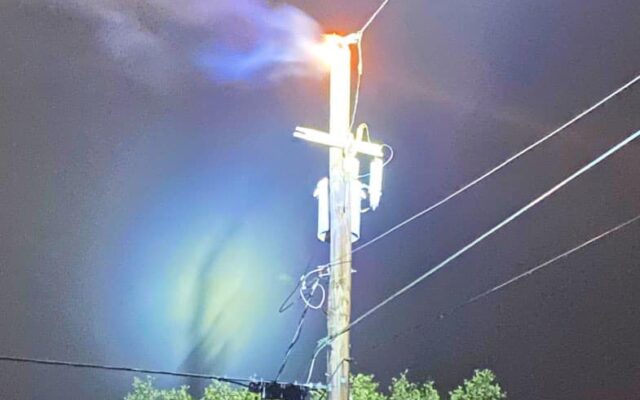 This story was updated at 2 p.m. to include extended outage information.

SAN ANTONIO (KTSA News) — CPS Energy is working to get the lights on for a number of customers after a round of morning showers caused outages.

The utility said that a majority of the outages were attributed to a number of utility pole fires caused by tracking.

CPS Energy said that poles can catch fires after a stretch of dry weather when light rain, like the morning’s showers, mixes with the dirt built up on insulators and causes electricity to “track,” also known as sparking. Oftentimes, heavy rain events wash the dust away before it causes fires, the utility said in a social media post.

CPS Energy described the issue as common in outdoor equipment.

Weather conditions are expected to deteriorate through Monday afternoon. The National Weather Service has issued a warning for large hail and possible tornadoes for north and east of New Braunfels and Gonzales.