Crews searching for two people swept away by floodwaters in St. Hedwig 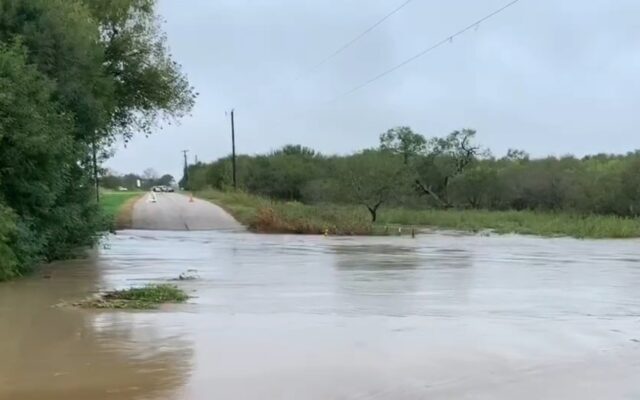 SAN ANTONIO (KTSA News) — Rescue crews are on the scene in St. Hedwig where two people were swept away by floodwaters.

Bexar County Sheriff Javier Salazar says the scene is nothing sort of heartbreaking.

“We had three vehicles that were swept away on North Graytown. There were some swift water rescues but unfortunately we have two missing persons that are unaccounted for.”

They are a girl who is about 5 years old and an adult female. The Sheriff says at this point, they are dealing with a straight-up recovery effort.

“It would be nothing short of a miracle if we were able to find anybody alive.”

He says the child is still inside one of the vehicles and they are using drones to fly over the area to search for the missing woman.

Other vehicles got caught up in the water as well and crews were able to rescue several other people.

It’s believed the vehicles were all being driven by people who were taking their children to school.

Salazar says the road was marked to alert drivers of the high water.