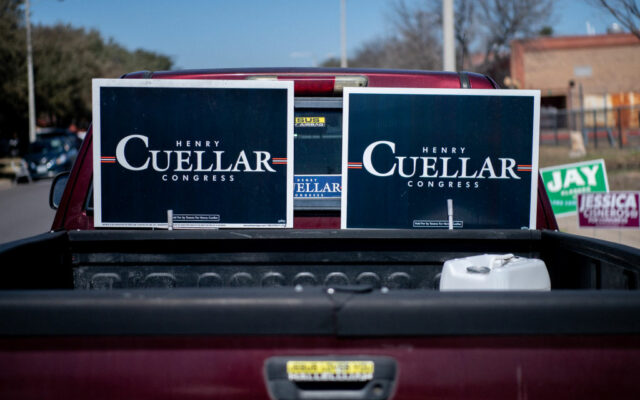 LAREDO, TEXAS - MARCH 01: Signage representing U.S. Rep. Henry Cuellar (D-TX) is displayed on a vehicle on March 01, 2022 in Laredo, Texas. Texans are headed to the polls to vote in the state's first primary of the 2022 midterm elections. (Photo by Brandon Bell/Getty Images)

The Texas Democratic Party said Tuesday the recount netted the incumbent, Cuellar, with eight additional votes to win the race by 289 votes.

“I would like to thank my family and supporters, who were instrumental in this victory.  I also want to thank the election workers who sacrificed their time to once again confirm the voices of every voter across the 28th district were heard,” Cuellar said in a statement. “To those who did not vote for me, as your Congressman I will continue to work diligently for you in Washington. While we may differ on certain positions, we share a common ground on many issues to improve our communities and strengthen families.”

“We always knew this was an uphill battle,” the lawyer said in a statement. “We were up against a corrupt political machine, Republican-funded Super PACs, the Koch brothers, private prisons, Big Oil, the Chamber of Commerce, dark money groups, Big Pharma, and nearly the entire Democratic Party establishment in Washington – and we still refused to back down. With this close of a margin, it’s clear that without their aggressive interference in the lives of South Texas families, we would have won.”