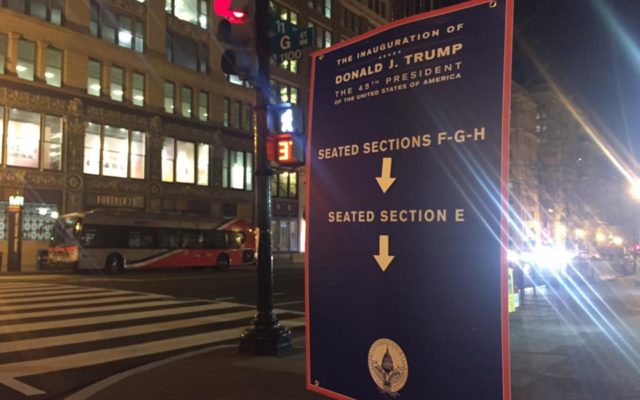 “District law requires nonprofits to use their funds for their stated public purpose, not to benefit private individuals or companies,” Racine said in a statement announcing the suit. “In this case, we are seeking to recover the nonprofit funds that were improperly funneled directly to the Trump family business.”

Since the Trump inaugural committee’s funds are now depleted, the D.C. attorney general’s office said any money they’re suing over would come from the Trump entities overseeing the president’s D.C. hotel. Mr. Trump sometimes visits his D.C. hotel, which is just a few block from the White House down Pennsylvania Avenue.

The Trump Organization called the claims utterly false, and nothing more than a “PR stunt.”

“The AG’s claims are false, intentionally misleading and riddled with inaccuracies,” a spokesperson for Trump Hotels said in a statement provided to CBS News. “The rates charged by the hotel were completely in line with what anyone else would have been charged for an unprecedented event of this enormous magnitude and were reflective of the fact that hotel had just recently opened, possessed superior facilities and was centrally located on Pennsylvania Avenue. The AG’s after the fact attempt to regulate what discounts it believes the hotel should have provided as well as the timing of this complaint reeks of politics and is a clear PR stunt.”