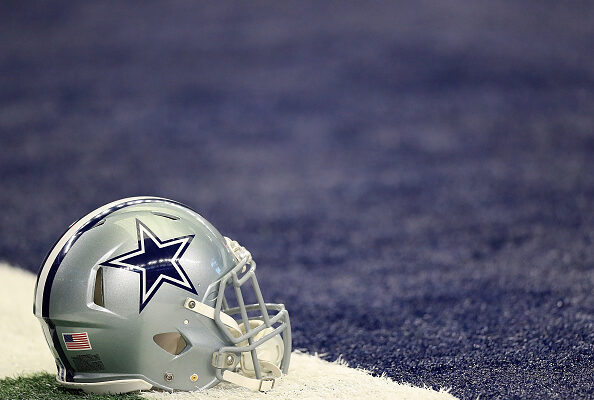 Yes, we’ve seen this movie before, and we may very well see it again in the future. A team that easily reaches double-digit wins during the regular season, but then fails to make any serious noise during a playoff run – or sprint – that falls well-short of the finish line.

No, this is not going to be the standard piece where quarterback Dak Prescott is thrown under the bus – you can get that anywhere, and that’s because it sells in the mainstream sports media. Nor is it going to be the already boring argument that head coach Mike McCarthy needs to get fired and a first-round draft pick, and likely more, needs to be handed over to the New Orleans Saints for the legal right to hire Sean Payton to replace him.

This is simply about perspective, something that is almost always lost on the Dallas fan base after season-ending losses.

To be clear, Dallas did not lose to the 49ers because of Prescott’s interceptions. There is no doubt that the turnovers made things much tougher, but there was plenty of time in a game as close as it was to survive those miscues, as obnoxious as they have become. The Cowboys did not fall short because the defense simply wasn’t up to the task, because it certainly was.

The last time the Cowboys won a playoff game in San Francisco, then-defensive coordinator Dave Wannstedt told then-head coach Jimmy Johnson that if the offense could get more than 20 points, they would beat the 49ers, who were favored to win that game. The final score was 30-20, Dallas winning the NFC Championship Game following the 1992 regular season. Wannstedt was right on the money.

On Sunday night, the Dallas defense gave up 19 points against a San Francisco offense that had just dropped 41 points on an over-matched Seattle Seahawks defense that had little place in the postseason. Your Cowboys cut that total by more than half.

No, it wasn’t the defense.

In fact, Dallas did not lose the game because of kicker Brett Maher, who had the entire fan base losing sleep for a whole week after he missed four extra point attempts in the win over the Tamp Bay Buccaneers in the Wild Card Round. Maher was perfect on field goal attempts in San Francisco, and the extra point that was missed was actually blocked, so I’m not pinning that only on the kicker. But by all means, if Texas Governor Greg Abbott thinks he can out-kick Maher, bring it on.

The Cowboys lost, in large part, because running back Tony Pollard left the game with a high ankle sprain suffered in the first half that left the Dallas offense with Ezekiel Elliott, by himself, in the backfield. I would have liked to have seen Malik Davis become the focal point of the rushing attack once it was clear Pollard was done, but nobody called me up from the sidelines during the game to ask for my take. Having said that, never has it been so obvious that Elliott is a shell of the running back that lit up the NFL in 2016 – seven long seasons ago. Something has do be done about Zeke’s contract, to say the very least.

This is not to say Dallas would have won the game had Pollard not been injured, but in a game this close, it was a real killer.

A lesson to be learned here for the Cowboys is the value of having more than one running back who can carry the load. Dating back to late 2020, it was obvious that Pollard was the home run threat in the Dallas backfield, and that tune has only gotten louder over the last couple of seasons. There is no sense in crying over the fact Pollard didn’t get more carries, either against the 49ers or over the course of the regular season. This is because we really don’t know who will end up carrying the rock for the Cowboys next year.

According to Spotrac, Pollard’s contract is now up and the Cowboys could decide to move on from Zeke moving ahead, if a reduced salary isn’t negotiated during the offseason.

Lots of questions in the Dallas backfield, but that discussion is for another day coming soon.

The Cowboys also lost in the Bay Area because of multiple injuries to an offensive line late in the season that, in hindsight, really screwed things up. Sure, Dallas had the bodies, but too many guys were moving from here to there after right tackle Terrence Steele and center Tyler Biadasz got hurt, one of them for the season.

In addition to rebuilding on offensive backfield, the Cowboys need to continue to bring in more young studs for an offensive line that needs a jump-start. This is how you win in the postseason when bad teams like the Chicago Bears and pretenders like the Minnesota Vikings are no longer suiting up. Right now, the Cowboys have Zack Martin and Tyler Smith for multiple years to come, but Biadasz is going into a contract year in 2023, Steele is an unrestricted free agent and Connor McGovern is an unrestricted free agent.

The Cowboys need to find the middle ground, and the franchise already has half of that dynamic well-staffed. Defense is not the issue for this team, although it never hurts to add exceptional talent to that side of the ball when the opportunity arises.

But it’s clear that the Cowboys have work to do on the offensive side of the ball, because you have probably noticed that teams like the 49ers and the Philadelphia Eagles are committed to running the football – the Cowboys will play three games against those teams next year during the regular season.

Prescott cannot be expected to win football games while throwing the ball more than 35 times, and that is a solid rule of thumb for any quarterback. Dak threw the ball 37 times against San Francisco, including two pics and a touchdown. His 206 yards were pedestrian, but 49ers rookie passer Brock Purdy only threw for eight yards more.

The difference was San Francisco’s 113 rushing yards to Dallas’ 76.

There is plenty to work on during the offseason, but what the project looks like should be no mystery whatsoever.