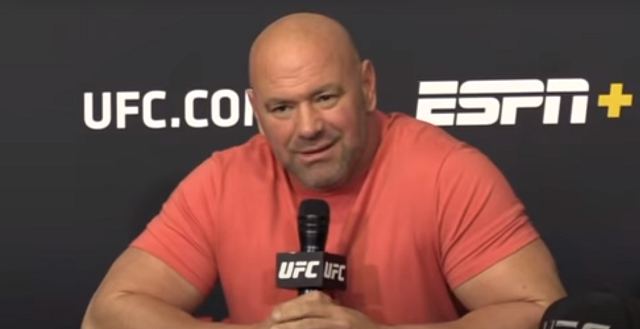 SAN ANTONIO (KTSA News) – “How f—— crazy is that?”  That was the response from United Fighting Championship President Dana White when asked about a man who shot 8 people outside a North San Antonio bar.  The suspect claimed  to be a UFC fighter.

“This world is just f——bananas right now,”  he said.

The man who was turned away from REBAR on Broadway near Ridgecrest Friday night because he was intoxicated reportedly told the doorman he was a UFC fighter from California before he left.  The man later returned with a rifle and shot eight people.

“I hope it’s not true, but I hear that s— all the time,” White said. “You know how many f——  bald guys in this town walk around and say they’re me? It’s mind boggling, you guys,” White said at a post-fight news conference Saturday night.

Five women and three men between the ages of 23 and 41 were wounded.  All are expected to recover.

The suspect has not been arrested.