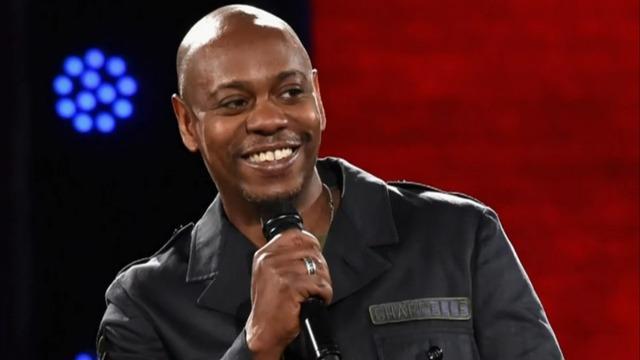 Comedian Dave Chappelle was attacked onstage Tuesday night as he performed at Los Angeles’ Hollywood Bowl arena, with videos from audience members’ cellphones quickly flooding social media and showing a man appear to run onto the stage and tackle the comic.

Chappelle, whose unapologetic humor has made him a lightning rod for criticism, appeared unscathed by the sudden interruption and later joked (NOTE: Linked video contains harsh language including profanity) with fellow comedian and actor Jamie Foxx onstage that he’d taken revenge on his attacker.

Videos posted to Twitter appeared to show the person who charged Chappelle being detained outside the venue by police and then loaded into an ambulance with visible injuries.

Witnesses said — and videos appeared to show — that the man was set upon by multiple people onstage immediately after he attacked Chappelle.

While the entire debacle was captured in multiple videos shot by members of the audience, cell phone use was officially banned during the performance.

The motivation for the initial attack remained unclear, and there was no immediate response from the Los Angeles Police Department to CBS News’ request for information about the incident.

Chappelle drew a sharp rebuke late last year from the transgender community for jokes at their expense featured in his latest Netflix special, “The Closer,” which premiered in October.

Netflix stood by the Washington D.C. native, continuing to air the special despite hundreds of its own employees staging a walk-out over what they deemed Chappelle’s transphobic jokes.

The comic later said he’d be happy to meet with any member of the transgender community, but that he would not be swayed by “anyone’s demands” to censor his routine.

“To the transgender community, I am more than willing to give you an audience, but you will not summon me. I am not bending to anybody’s demands,” he told an audience in a clip posted to his Instagram feed.

“If you wanna meet with me, I’d be more than willing to, but I have conditions: First of all, you cannot come if you have not watched my special from beginning to end. You must come to a place of my choosing and a time of my choosing. And thirdly, you must admit that Hannah Gadsby is not funny.”