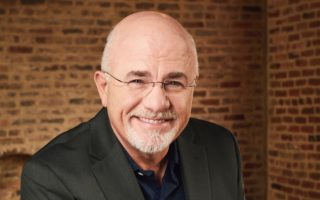 Your plan has been a lifesaver for us. Why do you think some people are unwilling to listen to good advice, and make changes in their finances?

Thank you so much for all the kind words. I’m really proud of you two for putting in the effort and hard work that goes along changing your financial behaviors and gaining control of your money.

I think there are several reasons why some folks resist making changes in their lives, even when those changes would make things a whole lot better and easier for them. One of those things is often denial.

My dad used to tell me 90 percent of solving a problem is realizing and admitting a problem exists. I’m convinced that one of the major factors keeping people from winning with money is they don’t realize they even have a problem. If you are apathetic because you think things like debt and living paycheck-to-paycheck are okay or just the way things are, you’ll be unwilling—or even afraid—to make the big changes necessary to achieve big results. Debt is so ingrained into our culture that most Americans can’t envision a car without a payment, or college without student loans. We’ve been sold on the idea of debt so aggressively that most folks don’t believe life without a pile of payments is possible.

Also, change is painful. Most people won’t change until the pain of where they are exceeds the pain of change. No matter who you are, where you’re at right now financially is, in large part, a sum total of the decisions you’ve made to this point. If you don’t like where you are, you have to acknowledge the fact that things need to change—you need to change.

Finally, there’s an element of ignorance involved. Don’t get me wrong, I don’t mean being dumb or stupid. What I’m talking about is a simple lack of good, solid information. Anyone can learn things, if they’ll just admit they don’t have all the answers and set their minds to studying and educating themselves. If you’re not careful, what you don’t know about money will make you broke and keep you broke!

Your credit report may be wrong; here’s what to do about it