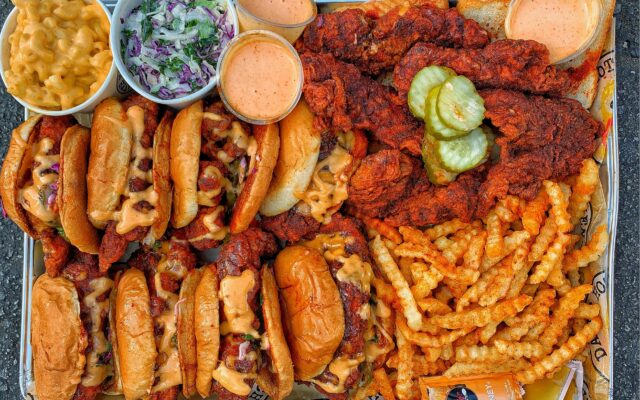 SAN ANTONIO (KTSA News) — Dave’s Hot Chicken has flown the coop from the original pop-up concept in California and is landing in San Antonio.

The company will be opening 8 locations in the Alamo City with plans to open locations in New Braunfels and San Marcos.

“Texas is fertile ground for our brand expansion, especially the San Antonio market. By partnering with esteemed industry veterans like John, Jason and Paul, our entrance into the area will be a hit,” said Bill Phelps, CEO of Dave’s Hot Chicken. “I’m excited to be working with these veterans to bring our first stores to San Antonio and share the Dave’s Hot Chicken experience with the local community.”

The food truck turned brick-and-mortar restaurant took Los Angeles by storm in 2017 and the company is in the process of a massive nationwide expansion.

Dave’s Hot Chicken specializes in hot chicken tenders and sliders with a spicy scale of “no spice” to “reaper” with sides that include house-made kale slaw, mac and cheese along with crispy fries and cheese fries.

Locations are still in the works and the company is looking to move into retail space between 2,000 and 2,700 square feet.