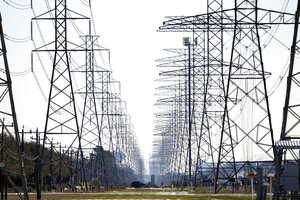 AUSTIN, Texas (AP) – State officials have added 59 deaths to the toll wrought by the February cold wave and the ensuing collapse of the Texas electric power grid.

The deaths newly tallied by the Texas Department of State Health Services boost the toll from 151 to 210 deaths, most from exposure to the sometimes-subzero temperatures.

The county with the highest death toll was Harris, where Houston is situated, with 43 deaths.

Travis County, where Austin holds most of its population, had 28 deaths. Dallas County reported 20 deaths.

The toll is a far cry from the initial March 15 report of 57 deaths.