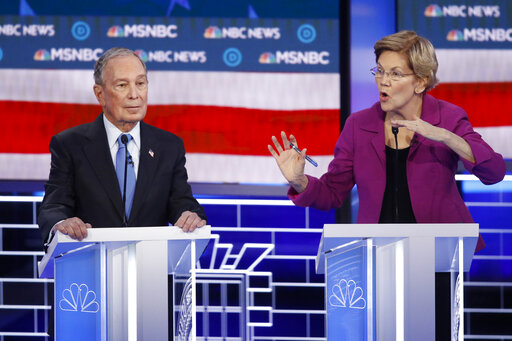 Bloomberg, the former New York mayor, was forced to defend his divisive record on race, gender and Wall Street in his debate-stage debut.

Sanders, appearing in his ninth debate of the 2020 primary season, tried to beat back pointed questions about his health and his ability to defeat Trump as a self-described “democratic socialist.”