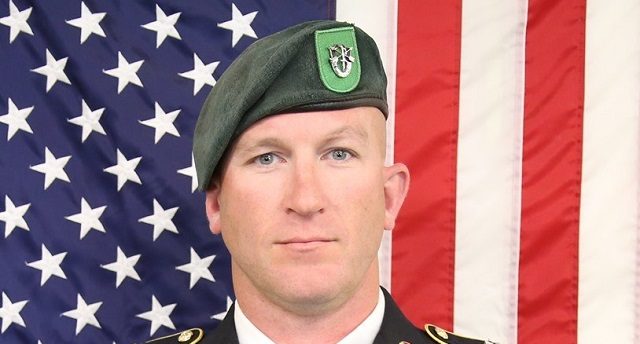 SAN ANTONIO (KTSA News) – A decorated soldier killed in Afghanistan has been identified as a Texas man.

The Special Forces company sergeant joined the Army in 2001 as an infantryman and received dozens of awards and decorations during his military career, which included deployments in Iraq and Afghanistan. He was assigned to the 2nd Battalion, 10th Special Forces Group in Fort Carson, Colorado.

“Ryan was a beloved warrior who epitomized the quiet professional,” Col. Brian R. Rauen, the group’s commander, said in a statement.” He led his soldiers from the front and his presence will be terribly missed.”

More than 2,400 American military personnel have been killed in the war in Afghanistan, now in its 18th year.   About  14,000 U.S.  troops are serving there.