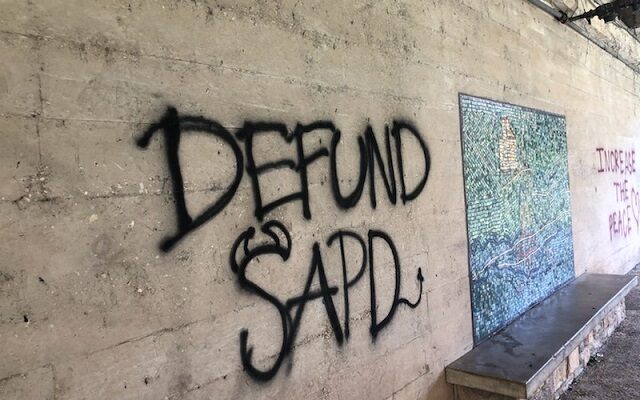 Back SA Blue posted photos on its Facebook page which show the words “Defund SAPD” on one side of a tile mural under the bridge on North St. Mary’s Street.  On the other side of the mural were the words “Increase the Peace with the hashtag BLM (Black Lives Matter).

He says that’s no way to express your opinion.

“Spray painting our landmarks and trailways on the River Walk is just horrible,” said Helle.

A spokeswoman for the City of San Antonio said it’s been cleaned up along with other graffiti that was spotted along the North Channel of the River Walk this past weekend.