SAN ANTONIO (KTSA News) — San Antonio Spurs guard Dejounte Murray is fanning the flames of speculation about rumors he may be traded during the off-season.

“Rumors can be TRUE and rumors can be FALSE,” Murray said in a late-night cryptic tweet after a weekend of speculation following a report by Zach Harper at The Atlantic that said Murray and teammate Derrick White “could both be gettable,” according to NBA league sources.

Rumors Can Be TRUE 👀 And Rumors Can Be FALSE 👀……. I’m Just Thankful And Grateful For The Highs, The Lows, The Blessings, The Lessons, The Setbacks, The Comebacks, The LOVE And The HATE!!!! 💯 This Sh*t Is All Hard Work And Dedication Fasho!! 💪🏽🏀 #DM5🖤 pic.twitter.com/SGnYjwOiSb

Harper reports that despite the four-year $64 million contract signed by the Spurs for Murray last season, team leadership is approaching the upcoming NBA Draft with an open mind.

The NBA Draft is set for July 29 and the Spurs settled with a 12th round pick. The free-agent signing period begins on August 6.

Speculation about a move for Murray to the Chicago Bulls is heavy with the knowledge the team is in dire need of a point guard and Bulls player Zach LaVine fanned the flames after engaging with a photoshopped image of Murray in a Bulls uniform that was shared in response to last night’s tweet. 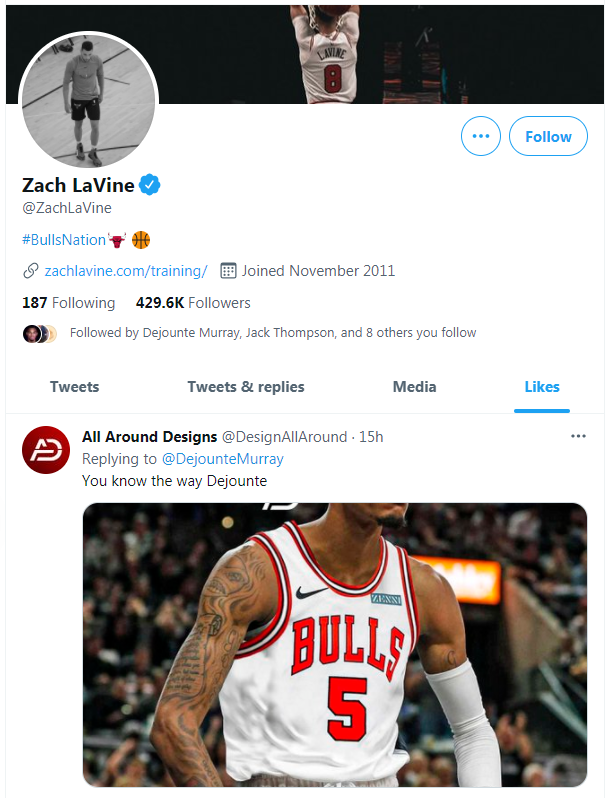 The pair are both Seattle natives and have been spotted exchanging jokes on social media.

Murray was a first-round draft pick for the Spurs in 2016.