Delta is now the dominant coronavirus variant in the US, CDC says 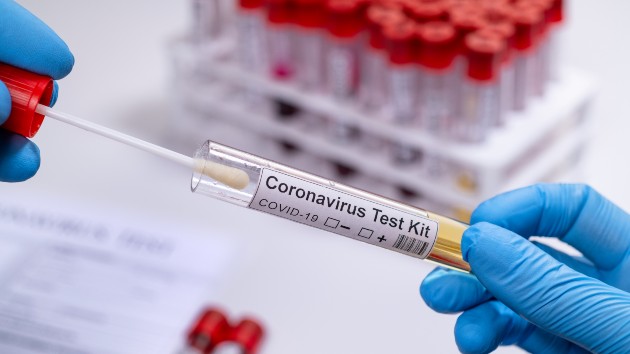 (NEW YORK) — A highly contagious variant of the novel coronavirus that was initially identified in India is now the dominant strain in the United States, according to the Centers for Disease Control and Prevention.

Data updated by the CDC on Tuesday evening shows the so-called delta variant, also known as B.1.617.2, was estimated to account for 51.7% of all new cases of COVID-19 across the country as of July 3.

The variant, which has been detected in all 50 states, was also estimated to account for more than 50% of new cases in five of the 10 regions into which the U.S. Department of Health and Human Services divides the country. HHS Region 7 — compromising Iowa, Kansas, Missouri and Nebraska — had the highest at 80.7%.

“Variant proportions are dynamic and difficult to predict due to reporting delays, the presence of multiple variants, and changing incidence,” the CDC told ABC News in a statement on Tuesday evening.

A little over a month ago, CDC data showed the delta variant was estimated to account for just 3% of all new cases in the U.S..

Health officials and experts alike have warned that the delta variant is a more infectious version of the disease, and preliminary data indicates it may increase the risk of hospitalization. The variant has also shown to be particularly dangerous to those who are unvaccinated or partially vaccinated against COVID-19.

However, current evidence suggests that the full dosage of a COVID-19 vaccine is highly effective in preventing hospitalizations and serious illness.

After being initially identified in India in October, the delta variant has since been reported in at least 98 countries around the globe, according to the World Health Organization. It was first detected in the U.S. in March.

During a press briefing on July 2, WHO director-general Tedros Adhanom Gebreyesus warned that the delta variant is “spreading quickly in countries with low and high vaccination coverage.” He noted that the variant continues to evolve and mutate, which requires constant evaluation and “careful adjustment of the public health response.”

“We are in a very dangerous period of the pandemic,” Tedros said.

CDC director Rochelle Walensky said health officials are concerned about the delta variant mutating to a point where it evades the existing COVID-19 vaccines.

“That’s really what we’re actively trying to prevent, which is why we’re really encouraging people to get vaccinated,” Walensky told ABC News in an interview last month. “I will say, as worrisome as this delta strain is with regard to its hyper-transmissibility, our vaccines work. Right now, they are working and they require actually two doses or to be fully vaccinated to work. So I would encourage all Americans to get your first shot and when you’re for your second, get your second shot and you’ll be protected against this delta variant.”

Since the start of the pandemic, the U.S. has reported more than 33.7 million confirmed cases of COVID-19 and over 605,000 deaths from the disease, according to data collected by Johns Hopkins University.

More than 182 million people in the U.S. have received at least one dose of a COVID-19 vaccine, including over 157 million — 47.5% of the population — who are fully vaccinated, according to the CDC.