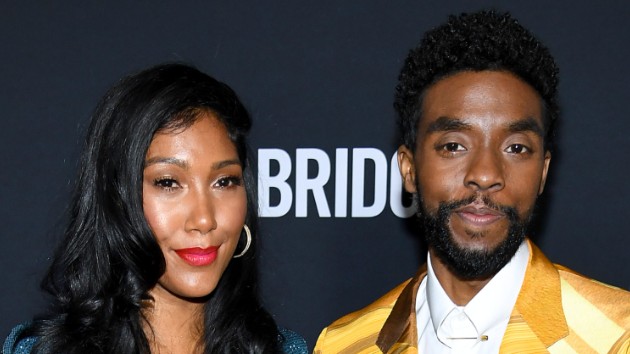 (LOS ANGELES) — Denzel Washington opened up about the time he egged on Chadwick Boseman to marry his then-girlfriend.

Washington told This Morning on Sunday that he teased Boseman when he invited Taylor Simone Ledward onto the set of Ma Rainey’s Black Bottom, Boseman’s final film before losing his four-year battle with colon cancer, which Washington was not aware of at the time of filming.

“Credit to him; he kept it to himself,” said the two-time Oscar winner, who produced the Netflix film. “It was nobody’s business.  He was there to deliver and he delivered.  Certain members of his team knew. His wife was there. They weren’t even married yet.”

Washington said that, because he was missing the critical context, he read too much into the way Ledward looked at Boseman.

“She kept her eye on him and she watched him. I’m like, ‘Man she loves that guy.’ But I didn’t know what we know now,” the Flight actor confessed. “I used to watch how she took care of him and I actually said to him, I said, ‘Man, you need to put a ring on that finger.”

Besides never publicly revealing his cancer battle, Boseman, 43, was notoriously private about his personal life and rarely opened up about his relationships.  It is unknown when he proposed to and wed Ledward.

The Black Panther star’s family announced August 28 that Boseman “died in his home, with his wife and family by his side.”

Despite the industry losing such a beloved actor, Washington says that the legacy Boseman left behind speaks volumes.

“He did all he could do with what he was given and he left it here for us to enjoy. Chad will live forever. Period,” he declared.