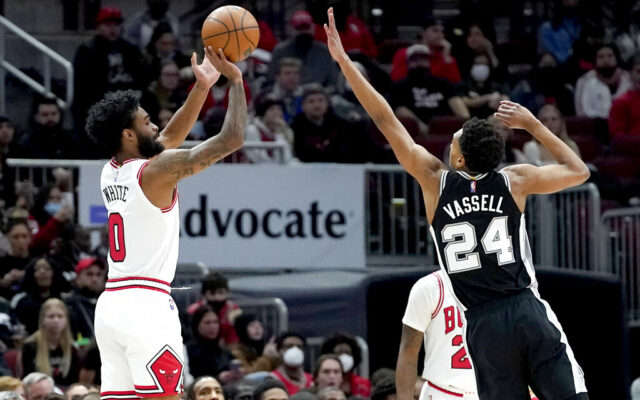 By JAY COHEN AP Sports Writer
CHICAGO (AP) — DeMar DeRozan scored 19 of his 40 points in the fourth quarter, and the Chicago Bulls beat the San Antonio Spurs 120-109 for their fourth straight victory.

It was DeRozan’s seventh consecutive game with at least 30 points, extending his career high.

The All-Star is the first player with such a streak for the Bulls since Michael Jordan during the 1996-97 season.

The Spurs had won three of four.

Lonnie Walker IV scored 21 points for the Spurs, and All-Star Dejounte Murray had 19 points and 11 assists.