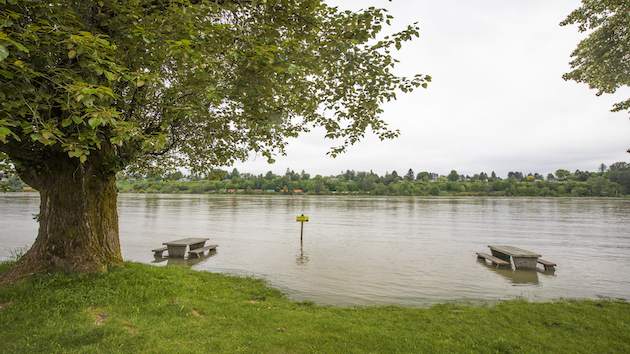 Bill Blair, a Member of Parliament, tweeted, “In response to extreme flooding across Southern BC, we have approved the deployment of @CanadianForces air support personnel to assist with evacuation efforts, support supply chain routes, and protect residents against floods and landslides.”

At least one person has died in British Columbia from mudslides sparked by the heavy rain, The Associated Press reported.

A fire has also erupted in Abbotsford in British Columbia. Police said the blaze is blowing large plumes of smoke and they urged residents to stay inside “due to the potential of the smoke being toxic.”