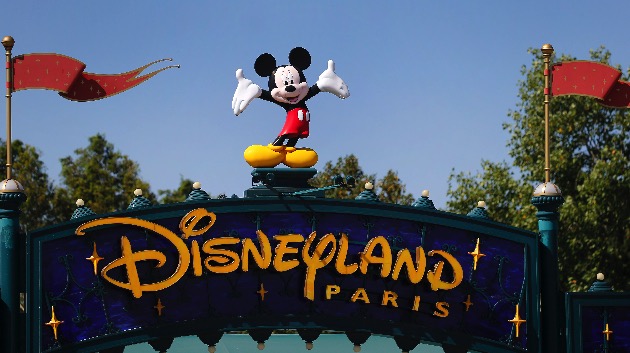 PARIS, FRANCE - JULY 13: The logo of Disneyland Paris is seen at the entrance of the park on July 13, 2020 in Marne-la-Vallee, near Paris, France. After four months of closure, the amusement park officially reopens its doors on Wednesday July 15 with compulsory reservations online. The Disneyland Paris and Walt Disney studio parks have been closed since mid-March due to the coronavirus epidemic (COVID 19). (Photo by Chesnot/Getty Images)

(PARIS) — Disneyland Paris will once again close due to COVID-19.

“In line with latest direction from the French authorities, Disneyland Paris will be closing end of day on October 29th,” the park’s website reads.

Disneyland Paris had closed in March and then reopened in July.

France is entering a second nationwide lockdown. France’s President Emmanuel Macron said it will last until Dec. 1 “at minimum.” Nonessential businesses, restaurants and bars will be closed starting Monday.

“In anticipation of celebrating the Christmas holiday season we will be taking reservations from December 19 – January 3 and hope to be open based on prevailing conditions and government guidance at that time,” the park’s website states. “Disneyland Paris will be closed from January 4 through February 12.”