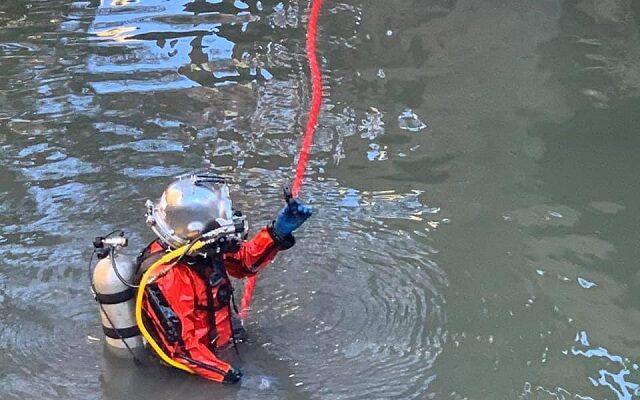 SAN ANTONIO (KTSA News) – The Texas Department of Public Safety Dive Team has recovered a weapon used in a recent shooting at a downtown Whataburger Restaurant.

Eighteen-year-old Pedro Ortega is accused of firing about 10 shots at the Whataburger on East Commerce Street Friday night.   Several people were in the area, but no one was injured.

Ortega ran down the street, but officers caught up with him and arrested him.

Detectives learned that Ortega dumped the weapon  in the river and it was recovered by DPS divers Thursday morning near East Commerce and the Losoya Street Bridge.