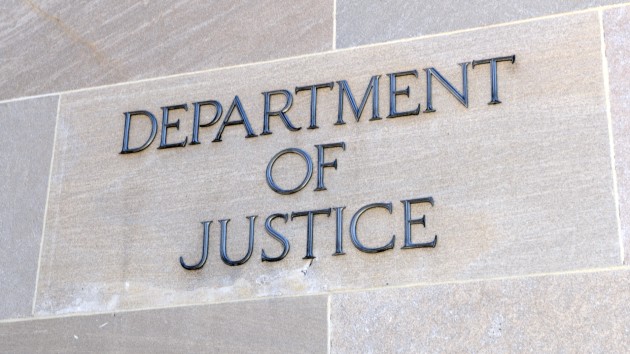 (WASHINGTON) — Department of Justice officials on Tuesday said they are looking at felony sedition charges for people who stormed the Capitol.

Sherwin said the department opened a strike force of senior national security and corruption prosecutors focused on “seditious and conspiracy charges related to the most heinous acts that occurred in the Capitol.”

“And these are significant charges that have felonies with a prison terms of up to 20 years,” he added.

The DOJ has opened more than 170 subject files, Sherwin said, meaning they have identified 170 people who they will accuse in court of committing a crime at the Capitol. DOJ has separately already filed charged 70 cases, he said.

FBI Washington Field Office Assistant Director in Charge Steven D’Antuono acknowledged that the FBI had in fact developed “some intelligence that a number of individuals” were planning to come to D.C. to cause violence.

The Washington Post first reported that an internal situation report from the FBI’s Norfolk, Virginia, field office warned of chatter from extremists planning to come to Washington on Jan. 6 to commit violence and “war.”

D’Antuono said the info was immediately shared and action was taken, as evidenced by the arrest of the Proud Boys co-founder two nights before the rally.

Enrique Tarrio was arrested ahead of the pro-President Donald Trump rallies, which members of the organization were set to attend. He was arrested on a destruction of property charge stemming from a Dec.12 incident.

“Upon his arrest, he was found to be in possession of two high-capacity firearm magazines and charged accordingly with that offense as well,” a Metropolitan Police Department spokesman told ABC News.

Sherwin said the scale of the FBI and DOJ’s investigation is “unprecedented” in scope, with thousands of potential witnesses and hundreds of potential criminal cases to be opened.

D’Antuono also responded to Sen. Chuck Schumer’s call for the FBI to put individuals involved in last week’s attack on the ‘No-Fly’ list, saying it was something they were “actively looking at.”

“As for the No Fly List, we look at all tools and techniques that we possibly can use within the FBI, and that is something that we are actively looking at,” he said.

“What was the purpose of those devices being planted, was it a diversionary type of tactic used by some of these rioters? Did they have some other type of nefarious purpose? So that is what the (Bureau of Alcohol, Tobacco, Firearms and Explosives), the FBI, MPD are looking at as we speak,” Sherwin said. “The range of criminal conduct is really, I think, again, unmatched in any type of scenario that we’ve seen the FBI or DOJ.”