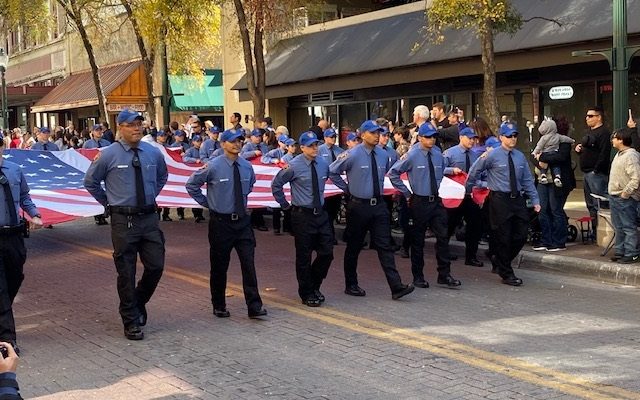 Retired Major General Angela Salinas led the way as the Grand Marshal. After 39 years of service in the U.S. Marine Corps, she retired and currently serves as CEO of Girl Scouts of Southwest Texas.

A wreath-laying ceremony at the Alamo preceded the Veterans Parade.

Esther Garcia, President of the U.S. Military Veterans Parade Association, says it’s important to honor those who have served, those who are serving and those who have made the ultimate sacrifice.