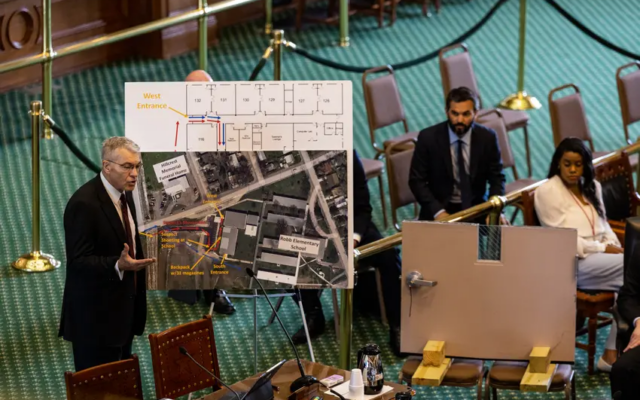 By Zach Despart, The Texas Tribune

Department of Public Safety Director Steve McCraw told a state Senate committee Tuesday that the law enforcement response to the Uvalde school shooting was an “abject failure” and police could have stopped the shooter at Robb Elementary School three minutes after arriving were it not for the indecisiveness of the on-scene commander, who placed the lives of officers before those of children.

The revelations detailed by McCraw completed a remarkable shift in the police response narrative state officials have given since the May 24 shooting. Twenty-seven days after Gov. Greg Abbott said the shooting “could have been worse” but for officers who showed “amazing courage by running toward gunfire,” his state police director described stunning police incompetence that bordered on cowardice.

Arredondo, who testified in closed session to a House committee on Tuesday, told The Texas Tribune that after he and another officer determined the doors to the adjoining classrooms containing the shooter were locked, the best course of action was to wait for more officers, firepower, keys and a breaching tool.

McCraw laid out a starkly different set of facts: That officers with rifles arrived within minutes and the classroom doors could not have been locked from the inside. Reporting by The Tribune revealed that ballistic shields and a breaching tool, called a Halligan bar, were also quickly on scene.

McCraw said though the state police are a far larger agency than the six-person Uvalde Consolidated Independent School District department, Arredondo was the rightful incident commander because he was the most senior first responder who had immediate jurisdiction over the district’s campuses. He said Arredondo could have transferred command to another agency, such as state troopers who arrived, but never did so.

Acting against the orders of an incident commander during an emergency can be dangerous and chaotic, McCraw said, responding to a question about why his troopers did not take charge. But he said the failure of one police agency means all law enforcement performed unacceptably that day.

“I don’t mean to be hyper-critical of the on-scene commander,” McCraw said. “But those are the facts… this set our profession back a decade.”

Join us Sept. 22-24 in person in downtown Austin for The Texas Tribune Festival and experience 100+ conversation events featuring big names you know and others you should from the worlds of politics, public policy, the media and tech — all curated by The Texas Tribune’s award-winning journalists. Buy tickets.

This article originally appeared in The Texas Tribune at https://www.texastribune.org/2022/06/21/texas-dps-mccraw-uvalde-school-shooting/.