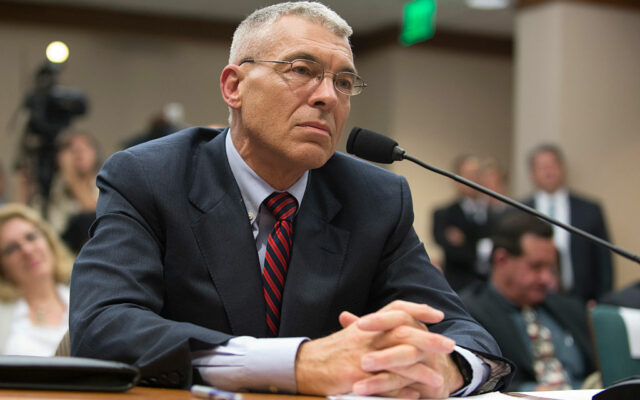 By Zach Despart, The Texas Tribune

Texas Department of Public Safety Director Steve McCraw said he would resign if his troopers had “any culpability” in the flawed police response to the Uvalde school shooting in May.

McCraw made the remark after being confronted by a CNN reporter in Brownsville, where he was attending a legislative hearing. The impromptu interview featured McCraw’s first extensive public remarks about the shooting at Robb Elementary School since June, when he testified for hours at a Texas Senate hearing in Austin and largely blamed local police for the botched response.

After initially being driven back by gunfire from the shooter, police waited more than an hour to reengage, contrary to active-shooter training. Of the nearly 400 officers who responded, 91 were from the state police. A team of U.S. Border Patrol agents and local officers, which did not include any state troopers, ultimately entered the classroom containing the shooter and killed him.

An investigation by The Texas Tribune and ProPublica found that McCraw and DPS have largely avoided scrutiny over their response to the shooting, in part because the agency has controlled which records get released and has shaped a narrative that casts local police as incompetent. Hours before the story published, and after declining to answer questions from the news organizations for three months, DPS announced it would formally investigate five troopers for their conduct during the shooting and said two of them were suspended without pay.

Police tactics experts questioned why DPS did not take a lead role in the shooting response as it had during previous critical events, including the 1991 Luby’s massacre in Killeen, 2013 fertilizer plant explosion in West and 2018 shooting at Santa Fe High School.

They said state troopers missed opportunities to wrest control away from the Uvalde school district police chief, the incident commander, when it became clear he was not acting decisively.

McCraw said during his Senate testimony he did not think it was feasible for troopers to have assumed command. On Friday, the DPS leader told CNN that the agency is committed to holding itself accountable.

McCraw disputed the contents of minutes from a state police captains meeting in mid-August, published Thursday by KXAN-TV, which state that “no one is going to lose their jobs” for their conduct during the shooting.

“Quite the contrary, all leaders in Region 3 did what they were supposed to do and have stepped up to meet the moment,” the minutes quote McCraw as saying.

McCraw told CNN his “fired” comment was solely about Region 3 director Victor Escalon. McCraw said he reviewed Escalon’s actions that day and determined them to be appropriate.

For more than two months, however, DPS has declined to answer questions about how Escalon and McCraw responded to the shooting and communicated with each other on May 24.

And Democratic State Sen. Roland Gutierrez, one of the most vocal critics of how the state police handled the Uvalde shooting, called on McCraw to step down.

“Just a few days ago, when the inspector general investigation of DPS Troopers was made public, families had a glimmer of hope that there would at least be some accountability, if delayed,” Gutierrez said in a statement. “Now, we find out that it may all be a sham. Planned and executed by Governor Greg Abbott’s DPS Director Steve McCraw. It is time for Director McCraw to resign.”

This article originally appeared in The Texas Tribune at https://www.texastribune.org/2022/09/09/uvalde-shooting-texas-dps-steve-mccraw/.