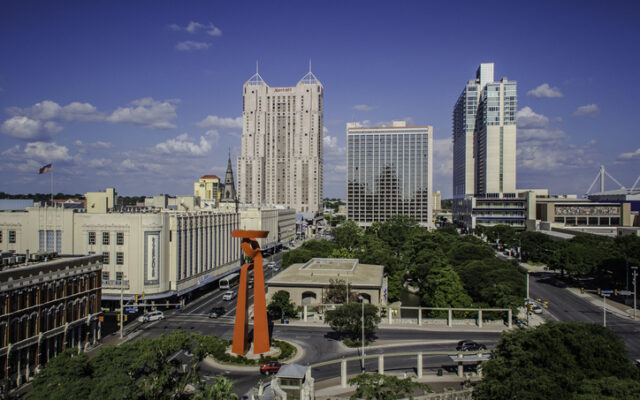 SAN ANTONIO (KTSA News) — The water level in the Edwards Aquifer dropped Monday to a point that would trigger Stage 3 watering restrictions, but water customers in San Antonio and New Braunfels will not be put under those restrictions.

SAWS and NBU both announced Monday that the diversification of their water sourcing means customers in both systems will continue to be under Stage 2 watering rules instead of being under a stricter Stage 3 limitation.

“SAWS has worked for 30 years to prepare for these kinds of Edwards cutbacks,” said SAWS President and CEO Robert R. Puente. “We are well prepared with diversified water resources and reasonable watering rules in place.”

“It is NBU’s responsibility to inform and make recommendations to the Mayor of New Braunfels when drought conditions warrant entering the next Stage level. At this time, NBU has made a recommendation to the Mayor that we do not enter Stage 3,” cited Chief Executive Officer of NBU Ian Taylor. “Since the drought of 2011-2014, NBU has diversified its water resources and nearly doubled the amount of water in our portfolio. Additionally, conservation practices by our customers have reduced the average water consumption per day through conservative watering practices.”

The Edwards Aquifer water level trigger means both SAWS and NBU must reduce the amount of water they pull from the aquifer by 35 percent.  However, both utilities said between the current Stage 2 restriction compliance and additional water sources to draw from, neither needs to tighten watering rules.

Stage 2 restrictions for NBU customers limits sprinkler use in a similar manner to SAWS, but watering hours are restricted to before 10 a.m. and after 8 p.m.