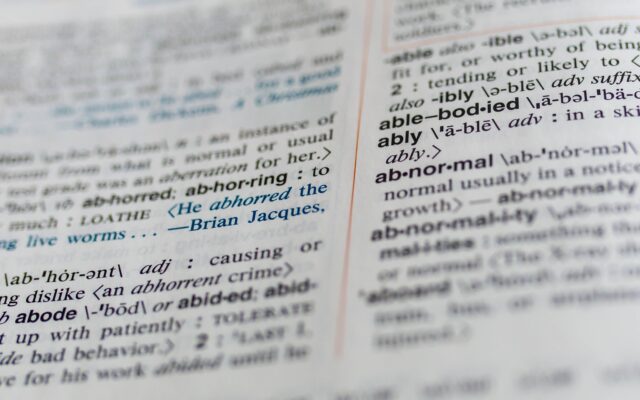 words in the dictionary

(Texas News Radio) — Four Texas cities are in the top 10 most bilingual cities in the nation.

Preply analyzed Census Bureau data from the 25 largest cities in the country to see which cities had the most people who can speak another language and English very well.

El Paso — the nation’s 22nd largest city and sixth largest in Texas — topped the list with 39 percent of its residents being bilingual.  About 70 percent of people there speak a language other than English and 67 percent of people speak Spanish.

San Antonio — the nation’s seventh largest cities and second largest in Texas — ranked fourth on the list.  About 30 percent of people living in San Antonio are bilingual, 43 percent speak a language other than English and 39 percent of the population speak Spanish.

Austin and Fort Worth were 13th and 14th — each about 20 percent, similar to Boston.

The rest of the top five cities were Los Angeles, San Jose, and New York in second, third, and fifth.