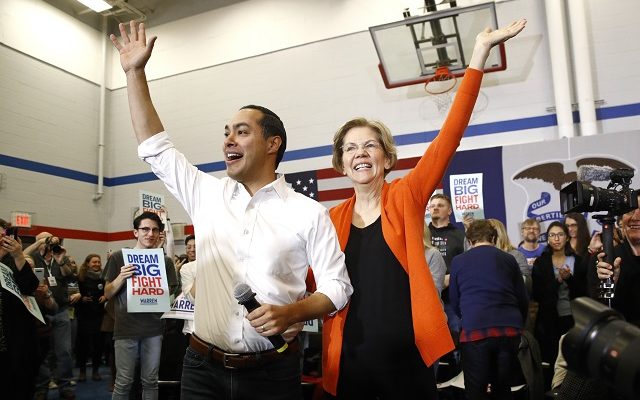 SAN ANTONIO (KTSA News) – Texas has 228 delegates up for grabs in Tuesday’s Democratic primary, so it’s no surprise that we’re seeing some presidential candidates making last-minute campaign stops in the Lone Star State.

Massachusetts Sen. Elizabeth Warren will hold a couple of events in Texas this week. She’ll be in San Antonio for a town hall this afternoon with former mayor and ex-HUD Secretary Julian Castro. The doors at the Lone Star Pavilion at Sunset Station on East Commerce will open at 4:30, and the town hall is scheduled to begin at 6:30.