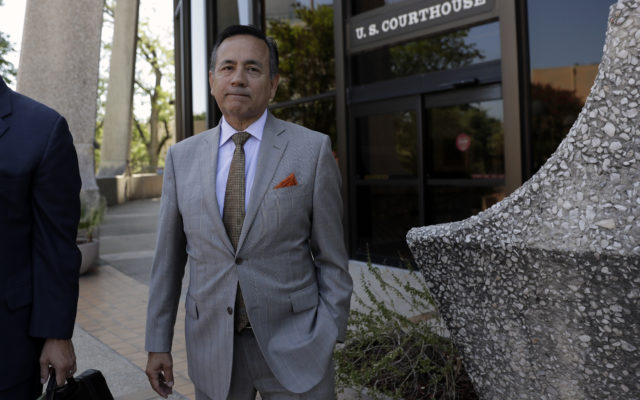 SAN ANTONIO (AP) — A former Texas state senator who already has been sentenced to 12 years in prison for his part in a Ponzi scheme has received a 5-year prison term for a separate bribery count.
San Antonio Democrat Carlos Uresti, who had already been convicted on federal fraud charges, had pleaded guilty Oct. 12 to bribery. He admitted facilitating bribe payments to ex-Reeves County Judge Jimmy Galindo in exchange for favorable actions regarding a county medical services contract. Galindo himself pleaded guilty in 2017.
Uresti had been general counsel for FourWinds Logistics, a now-bankrupt fracking company, and was convicted on 11 counts of money laundering and wire and securities fraud.
The 54-year-old was first elected to the Texas Legislature in 1997. He resigned in June 2018.