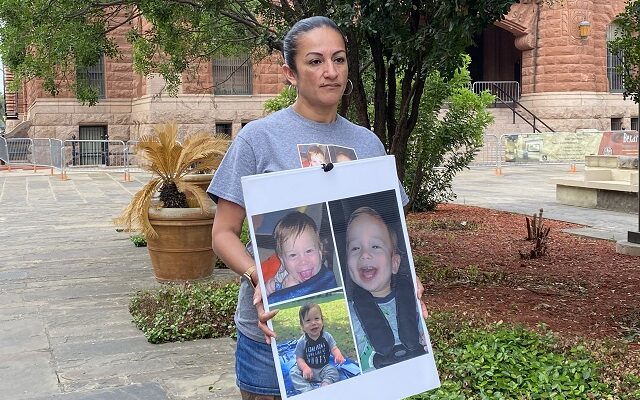 SAN ANTONIO (KTSA News) -A woman charged with abandoning her child remains behind bars as the search continues for her baby.

Eighteen-month-old James Chairez was last seen in January, but his great aunt fears the worst.  Mariesol Gomez says the boy’s mother called her last week and she pressed her niece for answers on James’s whereabouts to no avail.

“Why not give him all the diapers that I had just bought him, all the wipees, all his clothes, his Social Security card, birth certificate–why keep all those things at the house.  Those are important documents,” said Gomez. “What else am I supposed to think?”

Gomez joined others outside the Bexar County Courthouse Wednesday, a day after Chairez’s bond was reduced from $250,000 to $150,000.  They held posters with the child’s photo and distributed flyers as they seek clues in his disappearance.

They’re hoping that someone will provide information leading to the boy’s whereabouts.