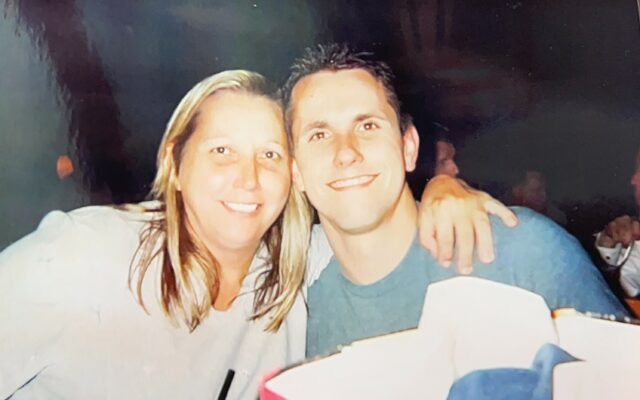 SAN ANTONIO (KTSA News) — The family of the man with a history of mental health issues that was killed last week by a Bexar County Sheriff’s deputy is speaking out.

Nicholas Norris, 38, was shot after a series of altercations with the sheriff’s office on September 30.

“Nick was a beautiful and gentle soul and abhorred violence. His brothers and I always did our best to protect him as much as possible his whole life and can’t believe we were not there to help him at that moment when he needed it. He did not deserve to die, and our family is devastated by this tragic end to his life,” said his father Thomas Norris.

According to a press release by the family of Norris, shared through the law offices of Romanucci & Blandin, Norris was in emotional distress on the morning of Sept. 30 and “in need of intervention and medical support” because his mental health issues were exacerbated by the recent death of his mother Stephanie from COVID-19.

In a press conference after Norris’ death, Sheriff Javier Salazar said the Sheriff’s Office and San Antonio Police had both had interactions with him via mental health calls and he was taken to a hospital both times. In Norris’ interaction with BCSO, Salazar said he was assisted by the recently piloted Specialized Multidisciplinary Alternate Response Team, which responds to mental health calls.

“The tragedy of this situation is that Nick Norris was in need of help, and an officer who is sworn to help citizens ended up taking his life. We see this irony play out over and over with people who have mental health challenges. Police departments clearly need to improve how they train for and engage when someone is in an emotional crisis,” said Nicolette A. Ward, Senior Attorney at Romanucci & Blandin. “Our legal team is investigating all legal avenues in this matter and we call on Bexar County officials for complete transparency regarding the facts of this case.”

Romanucci & Blandin is a law firm known for tackling cases of police misconduct related and have represented the families of George Floyd and Botham Jean among others.

According to BCSO, an off-duty deputy approached Norris as he sat in his vehicle in the parking lot of a convenience store. An employee at the store reportedly told the deputy that Norris had been reported to police for “scaring customers” over the course of a couple of days.

Salazar said in a press conference that when the deputy approached Norris’ vehicle, the man drove away at a high rate of speed and that law enforcement did not pursue him immediately after the deputy reported the incident.

Sometime later during rush hour, Norris was reportedly driving erratically and in circles on Potraco Rd. which prompted a deputy to attempt to make contact. Salazar said there was “some sort of struggle” between the man and a deputy which ended with the man being shot in the left side.

Salazar said video posted to social media shows the deputy hanging out the window and being drug along the roadway.

Despite his injuries, the Sheriff said the man continued being violent once the car came to a stop.

“Our deputies [were] trying to administer first aid there … believe it or not while the [Norris] actively fighting.”

Salazar said Norris was subdued and taken to a hospital, but he died either en route or upon arrival.