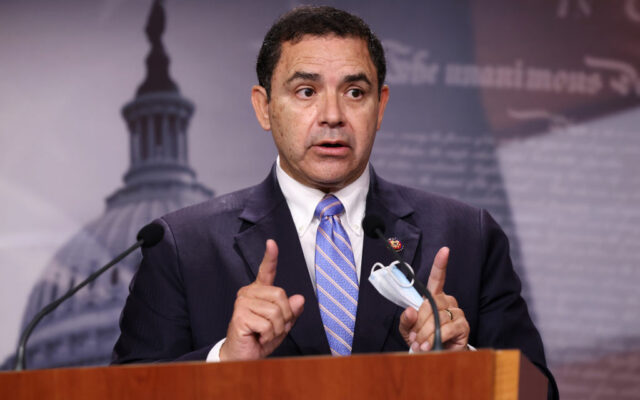 The motive and scope of the search was not immediately known. But a reporter for The Monitor of McAllen, Texas, which first reported the operation, reported from the scene that more than a dozen federal agents were seen passing in and out of Cuellar’s home bearing cases and other items.

Cuellar’s office issued a brief statement that did not directly address the location or nature of the search.

“Congressman Cuellar will fully cooperate in any investigation. He is committed to ensuring that justice and the law are upheld,” the statement read.

The statement, like the FBI, shed no light on what agents were seeking.

Since 2004, Cuellar has represented a district that extends from the U.S. border with Mexico near McAllen to Laredo, and north to San Antonio’s eastern outskirts. The moderate Democrat has a seat on the powerful House Appropriations Committee.