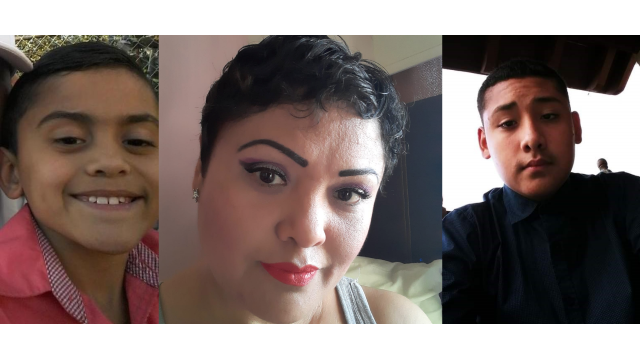 SAN ANTONIO (KTSA News) — The FBI is looking for a missing mother and her two children who went missing this past Sunday.

The FBI believes the three were traveling to visit a family member for a three-day weekend.  The trio nor the SUV have been seen since that date.

Esmeralda is described as being a woman who stands 5’1″, weighs about 130 pounds and has short, dark brown hair and brown eyes.  She is a Mexican citizen.

All three were dressed for cold weather.

If you have seen them or have information that can help the search, you are asked to either call the FBI at 210-225-6741 or online at tips.fbi.gov.