FBI to help school employees amid uptick in violence 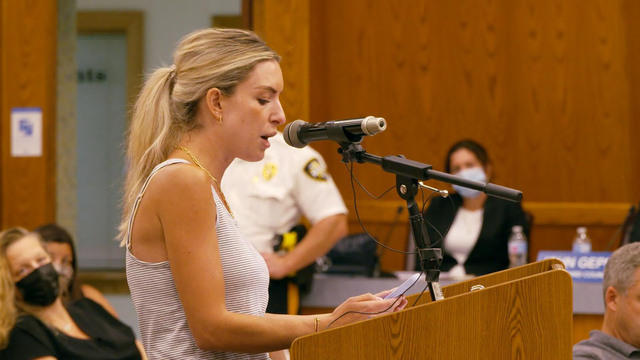 The Justice Department and FBI were ordered Monday to help protect school employees across the U.S. following an uptick in violence against them. Attorney General Merrick Garland directed the FBI and other agencies “to discuss strategies for addressing this disturbing trend.”

The order comes after the National School Boards Association sent a letter to President Joe Biden about the “immediate threat” local schools and boards are facing.

In the letter, the association, a nonprofit organization that acts as a federation of state associations of school boards, said while local school boards want to hear from their communities, they have become “susceptible to acts of violence” as they do their jobs.

“As our school boards continue coronavirus recovery operations within their respective districts, they are also persevering against other challenges that could impede this progress in a number of communities,” the letter reads.

“Coupled with attacks against school board members and educators for approving policies for masks to protect the health and safety of students and school employees, many public school officials are also facing physical threats because of propaganda purporting the false inclusion of critical race theory within classroom instruction and curricula,” the letter reads.

Several rowdy school board meetings have been caught on video and have gone viral – some of them even resulting in law enforcement intervention.

In July, 11 members of an angry mob who became aggressive at a May school board meeting in Utah were charged with disorderly conduct and disrupting a public meeting. Dozens of attendees were angrily protesting the state’s school mask policy, CBS affiliate KUTV reports.

In August, parent in Austin, Texas was accused of physically assaulting a teacher during a back-to-school event – over mask wearing.

And at Sutter Creek Elementary in California, a fight broke out when the father was picking up his child from school and reportedly confronted staff about kids needing to wear masks, CBS Sacramento reports.

The father verbally assaulted the principal. When a male teacher reportedly stepped in, he was injured in a physical altercation and treated at the hospital, according to CBS Sacramento.

Several school board members across the U.S. are choosing to resign in the wake of a tumultuous year, the Associated Press reports. In his letter of resignation, Rick Grothaus of Wisconsin’s Oconomowoc Area School Board said work had become “toxic and impossible to do.”

A school board member from Nevada said he had contemplated suicide before resigning amid threats and harassment, the AP reports.

In a statement about the memorandum, Garland said: “Threats against public servants are not only illegal, they run counter to our nation’s core values.”

“Those who dedicate their time and energy to ensuring that our children receive a proper education in a safe environment deserve to be able to do their work without fear for their safety,” he said.

The Justice Department is expected to create a task force consisting of DOJ representatives, the Executive Office for U.S. Attorneys, the FBI and other agencies “to determine how federal enforcement tools can be used to prosecute these crimes,” Garland’s memorandum reads.

The DOJ will assist state, Tribal, territorial and local law enforcement where threats of violence may not constitute federal crimes, and they will also create specialized training and guidance for local school boards and school administrators.

The training will help school board members and other potential victims “understand the type of behavior that constitutes threats, how to report threatening conduct to the appropriate law enforcement agencies, and how to capture and preserve evidence of threatening conduct to aid in the investigation and prosecution of these crimes.”