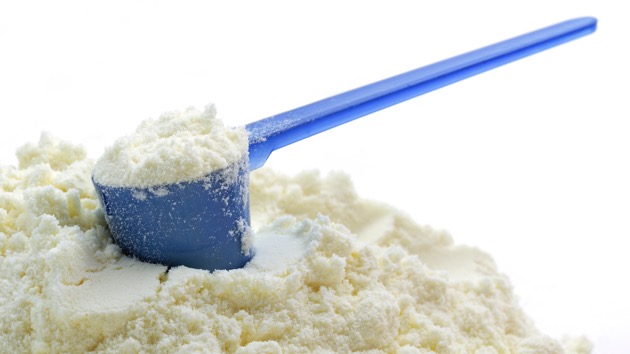 (NEW YORK) — The Food and Drug Administration is warning consumers not to use certain powdered infant formulas made at Abbott Nutrition’s Sturgis, Michigan, facility amid an investigation into five infant illnesses.

Previously, the federal agency had said it was investigating four cases and issued an update on Feb. 28 identifying a fifth case.

Parents should discard any affected formula, according to the agency. Specifically, the FDA is advising consumers not to use Similac, Alimentum or EleCare powdered infant formulas if: the first two digits of the code are 22 through 37, and the code on the container contains K8, SH or Z2, and the expiration date is 4-1-2022 (APR 2022) or later.

“As a result of the ongoing investigation, along with the U.S. Centers for Disease Control and Prevention and state and local partners, the FDA is alerting consumers to avoid purchasing or using certain powdered infant formula products produced at this facility,” a press release stated.

“This is an ongoing investigation, and the firm is working with the FDA to initiate a voluntary recall of the potentially affected product,” it said, noting the FDA has “initiated an onsite inspection at the facility.”

In a press release, the FDA announced it is investigating consumer complaints of Cronobacter sakazakii and Salmonella Newport infections that resulted in five infant illnesses and hospitalizations. Two weeks ago, the agency reported four of the illnesses occurred in three states — Minnesota, Texas and Ohio. Cronobacter may have contributed to two deaths, according to the Feb. 28 update.

According to the FDA, Cronobacter bacteria can cause life-threatening infections such as sepsis or meningitis.

“Symptoms of sepsis and meningitis may include poor feeding, irritability, temperature changes, jaundice (yellow skin and whites of the eyes), grunting breaths and abnormal movements. Cronobacter infection may also cause bowel damage and may spread through the blood to other parts of the body,” the FDA said. “Parents and caregivers of infants who have used these products, and are concerned about the health of their child, should contact their child’s health care provider.”

Products made at the Sturgis, Michigan, facility are available across the U.S.

“As this is a product used as the sole source of nutrition for many of our nation’s newborns and infants, the FDA is deeply concerned about these reports of bacterial infections,” said Frank Yiannas, the FDA deputy commissioner for food policy and response in a press release. “We want to reassure the public that we’re working diligently with our partners to investigate complaints related to these products, which we recognize include infant formula produced at this facility, while we work to resolve this safety concern as quickly as possible.”

The FDA will provide consumer safety information on the investigation as it becomes available.