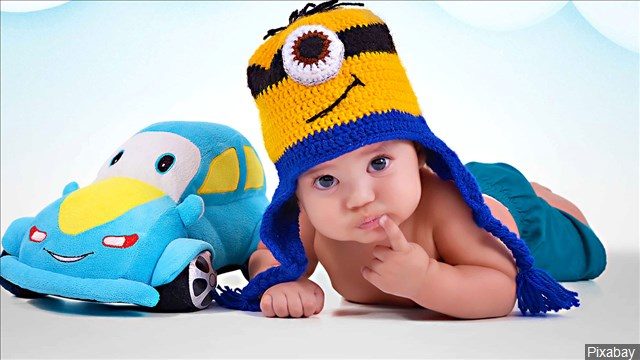 By Eleanor Klibanoff, The Texas Tribune

“Feds reject Texas’ application to extend postpartum Medicaid to six months” was first published by The Texas Tribune, a nonprofit, nonpartisan media organization that informs Texans — and engages with them — about public policy, politics, government and statewide issues.

Texas’ application to extend Medicaid coverage for new mothers from two months to six months has been denied by the federal Centers for Medicare and Medicaid Services, and the agency offered no immediate reason for the rejection.

Legislators who pushed for the extension say they believe the application was rejected because of language that could be construed to exclude pregnant women who have abortions, including medically necessary abortions. The language in the bill that passed during the 2021 legislative session extended coverage to pregnant women who deliver a baby or have an “involuntary miscarriage.”

“That’s not a medical term, involuntary miscarriage,” said Rep. Donna Howard, D-Austin, a nurse and former health educator. “What I’m concerned about, and I think what maybe was the concern here, is those people who wanted their pregnancies to come to full term but have complications and a termination later in pregnancy and should be allowed to remain on Medicaid.”

Kelli Weldon, a spokesperson for the Texas Health and Human Services Commission, said CMS has verbally confirmed that Texas’ application is not approvable; HHSC officials have requested written confirmation.

Weldon directed questions about why the application was not approvable to CMS, which did not immediately respond to request for comment.

The stalled-out application process is a “self-inflicted wound,” Howard said. As part of the 2021 American Rescue Plan Act, the federal government eased the application requirements for states that expanded Medicaid for a full year postpartum.

The Texas House of Representatives overwhelmingly approved a bill that offered 12 months of coverage, but the Senate amended the legislation to six months instead. Because of that change, the state was required to go through the more onerous application process.

In a statement, Gov. Greg Abbott said the decision “risks the lives and health of Texas women and their babies all for the sake of a political agenda.” Abbott said President Joe Biden should “get ready for a fight with Texas” if his administration does not accept the state’s waiver.

“This is the latest hypocritical, disappointing move by the Biden administration that puts the care and needs of Texas mothers and babies at jeopardy — all in the name of partisan politics,” he said in a statement on Twitter.

Phelan indicated that he plans to once again push for a full year of postpartum Medicaid. State Rep. Toni Rose, D-Dallas, who filed the original bill last session, said she is optimistic about it passing both chambers next year.

“It was already my plan to work on adding the additional six months that we did not receive during the last legislative session,” Rose said. “But especially in light of today’s news and the Supreme Court decision to overturn Roe v. Wade, it’s never been more critical that our moms have access to comprehensive health care.”

Rose said she will also push to remove any language that may have resulted in the application being denied.

Texas is one of just 12 states that has not expanded Medicaid; as a result, Medicaid in Texas mostly serves low-income children. Pregnant Texans are more likely to be uninsured and less likely to seek early prenatal care than the rest of the country, and the state has staggering rates of maternal mortality and morbidity, especially among Black women.

Expanding postpartum Medicaid to one year was one of the top recommendations of the state’s Maternal Mortality and Morbidity Review Committee. Howard said this is going to become only more pressing now that Texas has banned all abortions, except to save the life of the pregnant patient.

“Over half of births in Texas are Medicaid births already,” she said. “Women who have means will be able to access abortion by traveling, and those with more limited means will have more barriers, so logically, that means an increase in Medicaid births.”

Right now, due to the ongoing federally declared Public Health Emergency, no one is being moved off of the Medicaid rolls, even after their eligibility expires. That state of emergency is set to expire this fall, though the federal government has extended it many times already.

“We are hopeful CMS will work with us toward approval before the end of the Public Health Emergency to ensure women in Texas Medicaid continue to receive postpartum care,” Weldon said in an emailed statement.

When you join us at The Texas Tribune Festival Sept. 22-24 in downtown Austin, you’ll hear from changemakers who are driving innovation, lawmakers who are taking charge with new policies, industry leaders who are pushing Texas forward and so many others. See the growing speaker list and buy tickets.

This article originally appeared in The Texas Tribune at https://www.texastribune.org/2022/08/04/texas-medicaid-postpartum-application/.