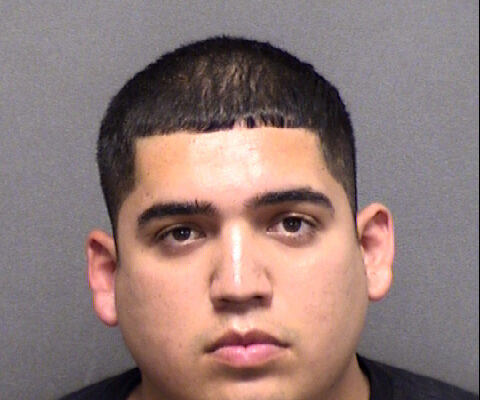 SAN ANTONIO (KTSA News) — The Bexar County Sheriff’s Office has arrested a 23-year-old in the stabbing of a man taking a walk on Tuesday morning on the west side of San Antonio.

Sheriff Javier Salazar said doorbell camera footage led to the arrest of Aldo Martinez Rios yesterday. The footage, first shared on social media by the department asking the public for assistance, shows Rios following the victim for a distance before covering his face with a bandana and charging after the man.

Salazar said the man tried to fight Rios off and was stabbed multiple times in the abdomen and arms. He is recovering at a local hospital.

Salazar said Rios confessed to the stabbing and described his conversation with investigators as disturbing.

“He stalked and attacked just an unsuspecting man that was out doing his morning exercise routine, walking around his neighborhood and he conducted this attack,” Salazar said. “He went on to tell us he felt good during the attack, which is equally disturbing.”

The Sheriff said Rios has been contacted “multiple times” by mental health deputies over the last several months including three times since the start of September.

“I feel that if we didn’t get him into custody, God only knows what would have happened had he decided instead of a male, [he could] have tried with a woman or a child … the possibilities are endless and none of them are good.”

Rios is charged with aggravated assault with a deadly weapon, a second-degree felony. He is being held at the Bexar County Jail on a $50,000 bond.