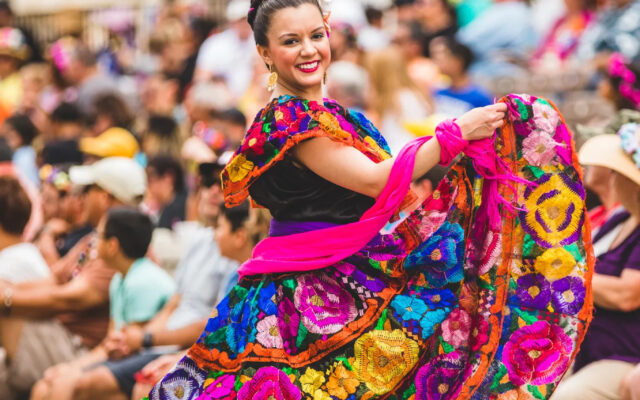 SAN ANTONIO (KTSA News) — Fiesta 2022 is kicking off at the end of the month after a tumultuous two years.

Fiesta San Antonio is slated to begin March 31 and celebrations will continue through April 10.

Fiesta 2020 was canceled altogether as the world adjusted to the global coronavirus pandemic and Fiesta 2021 was delayed to the summer with COVID-19 restrictions in place.

The biggest changes heading to Fiesta include a couple of parade route changes due to continued construction on Broadway.

The Battle of the Flowers parade is scheduled for April 8 and the Fiesta Flambeau parade on April 9.

The parades will now begin at a new forming area at San Antonio College and surrounding streets where they will march south down N. Main Street passing Crockett Park and then turn onto Lexington passing Madison Square Park before turning left onto N. St Mary’s Street. The parade will then turn right onto Brooklyn Avenue then turn right on Ave. E before making a right turn on Houston then left on Alamo through Alamo Plaza. The parade will turn right on Commerce where it will end and disband at St. Mary’s Street.

The Fiesta 2022 events schedule is online at fiestasanantonio.org/official-fiesta-event-calendar.

A number of unique events are happening throughout Fiesta including:

A Night in Old San Antonio is slated for April 5 through 8 and some of it will be taking place across South Alamo as construction is underway at La Villita. You can view the map here.

A number of athletic events are taking place including: