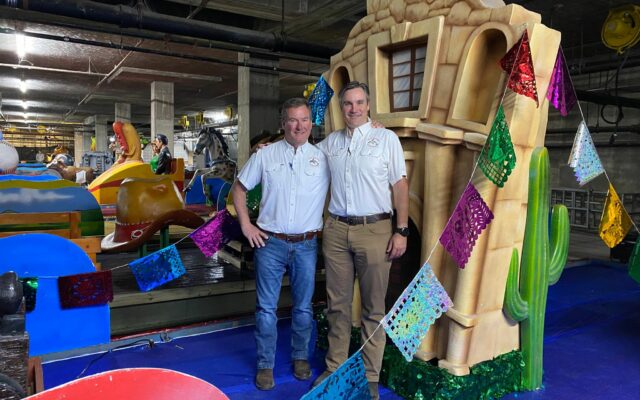 SAN ANTONIO (KTSA News) — The Texas Cavaliers are preparing for the largest river parade to date.

The 2022 Texas Cavaliers River Parade will float down the San Antonio River on Monday at 7 p.m. with more than 50 lavishly decorated barges to represent this year’s theme: Texas Al Fresco.

The inspiration behind the 2022 theme was simple: The outdoors has been the best reprieve from the isolation of the global pandemic.

“Everybody has been locked up [because of the pandemic], so what did they do? They went outside and enjoyed the outdoors,” Parade Marshal Gardner M. Peavy said. “This is our tribute to that.”

The barges were floated into the river last Friday, after which construction on each of the individual designs on the more than 50 barges commenced.

Float designs include recreations of the iconic Texas sights like the Alamo and Friday Night Lights, outdoor activities like hunting and fishing, wildlife, and honors military organizations like the U.S. Air Force which is celebrating its 75th birthday this year. 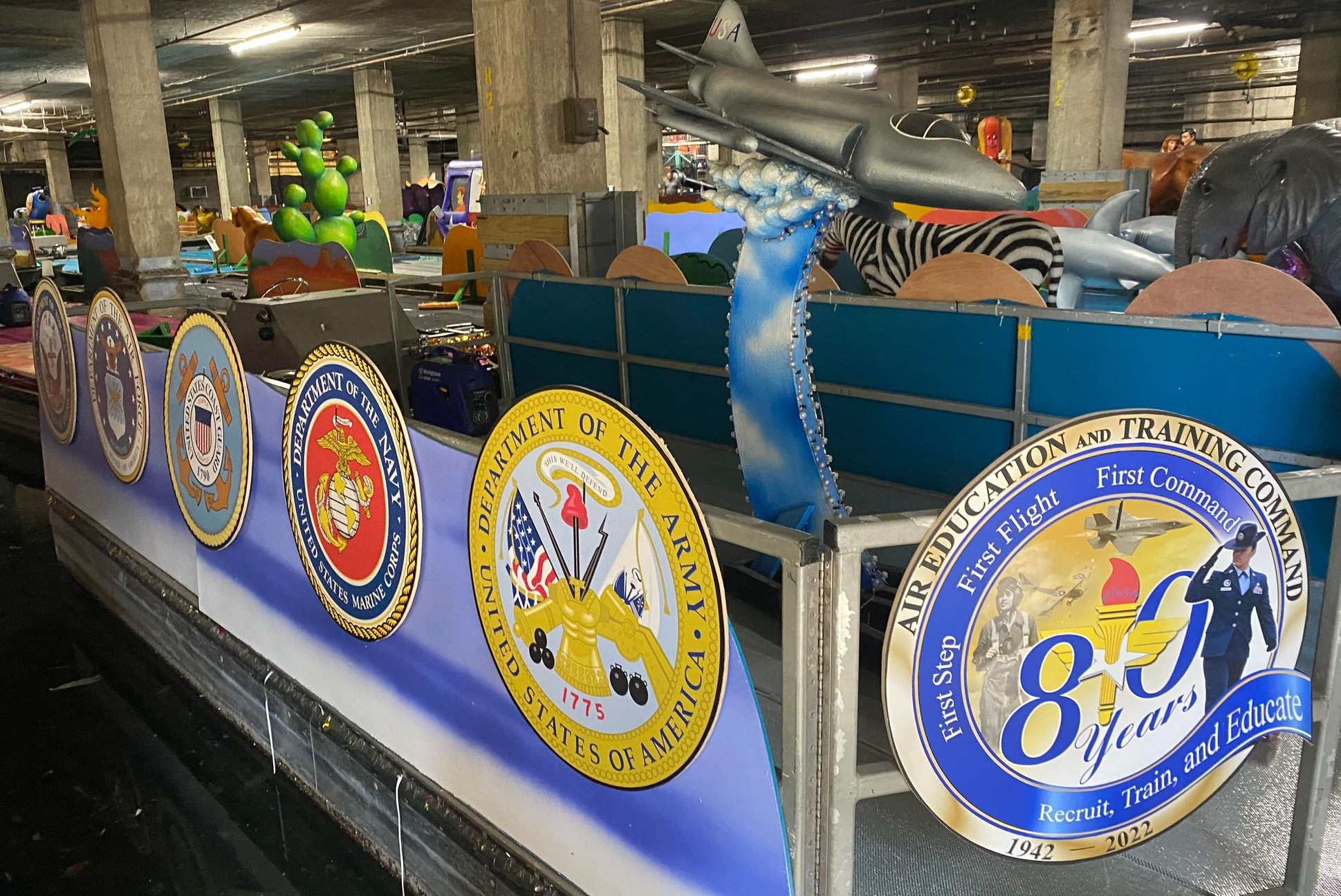 “We’re going to have 56 [floats] this year, so it’s our largest yet,” Peavy said. “There’ll be a few surprises in it. Not your standard floats the whole way.”

Each year, the Texas Cavaliers select one charity is selected as the organization’s charitable honoree. The 2022 recipient is Haven for Hope, a local non-profit focused on combating the root causes of homelessness in Bexar County.

All of the barges are focused on the beauty of the nature of Texas and were handcrafted by the design team from Kern Studios, an internationally known design firm from New Orleans with a storied history of parades that includes Mardi Gras, Disney, Six Flags and is the studio behind the Chick-Fil-A cows seen on billboards nationwide.

CEO Barry Kern, the official 2022 Texas Cavaliers River Parade Designer, said he is the third generation at the helm of the business.

His grandfather Blain Kern was known as Mr. Mardi Gras for his lavish float and parade designs that turned Mardi Gras in New Orleans into the iconic event it is now known for worldwide.

“He was the guy who democratized Mardi Gras and made it the thing it is today in terms of how everybody is a part of it,” Kern said. “Just like here, the strength of Fiesta in San Antonio is everybody in your community is part of it. Same it is in New Orleans.”

Kern worked with the Texas Cavaliers to design the floats that will be showcased in Monday’s parade for the last year, but the construction is done in just 10 days.

Peavy said Thursday there were about 2,000 tickets left for the parade and the group expects the event to sell out. They sold more than 1,000 tickets alone on Wednesday.

Tickets can be purchased at www.texascavaliers.org/river-parade/tickets.