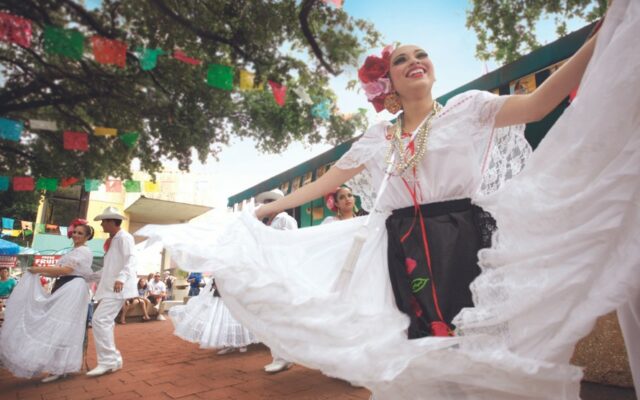 The official month-long celebration by the city’s Department of Arts & Culture and Diez y Seis de Septiembre Commission will kick off Wednesday. The Diez y Seis de Septiembre Commission was established in 1994 to host cultural events, children and senior citizen programs, and educational endeavors that take place throughout the city as part of the official annual commemoration in San Antonio.

“Fiestas Patrias San Antonio is an important celebration of the many contributions and importance of Latinos in San Antonio and beyond,” said District 7 Councilwoman Ana Sandoval, the designated liaison to Monterrey, Mexico, and Regional Representative for North America. “This is a time to reflect on and honor the meaningful traditions and heritage that have long connected us to our neighbors, friends, and families in Mexico, while also shaping San Antonio into the culturally rich city it is today.”

Fiestas Patrias San Antonio 2021 will feature more than 20 events between September 15 and October 15 with a mix of virtual and in-person options. Events include music, dance, comedy, poetry readings, educational workshops, panels, and more. Some highlights include:

“Whether live or from the comfort of your home, Fiestas Patrias San Antonio is continuing to focus on the shared culture, friendship and solidarity that bind San Antonio and Mexico,” said Diez y Seis de Septiembre Commission Chairwoman Mari Sandoval-Ayala. “Each event is created to promote an understanding of Hispanic heritage through arts and culture and the month of activities has something for every age and interest. We welcome San Antonio residents and visitors alike to join us in the festivities.”

The full event schedule is online at SanAntonio.gov/arts.

The HA Festival – The ART of Comedy returns to San Antonio