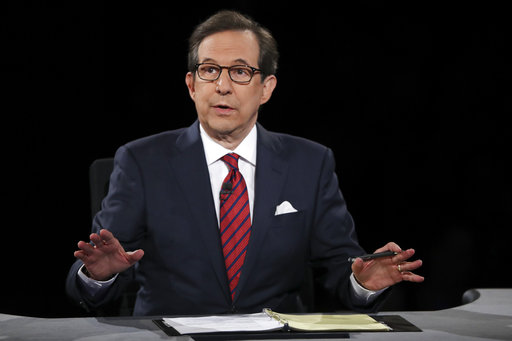 NEW YORK (AP) – Lots of eyes will be focused on TV screens tonight as President Donald Trump and former Vice President Joe Biden lock horns in their first televised debate, to be held in Cleveland.

And almost as many eyes will be focusing on the moderator, Chris Wallace, host of “Fox News Sunday.”

Wallace’s ties to a network that often gives favorable coverage to Trump may be seen as an advantage to the incumbent by some.

But others will remember that Wallace strenuously fact-checked Trump during an interview he did with him this summer.

Wallace is the first Fox News journalist assigned to a debate. He says among the topics he plans to cover include the Supreme Court, the economy, social justice – and both candidates’ records.