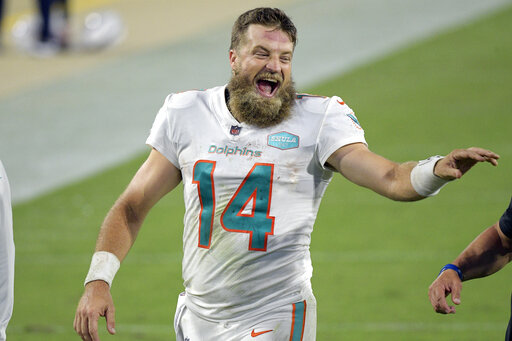 Miami Dolphins quarterback Ryan Fitzpatrick laughs with coaches as he comes off the field after defeating the Jacksonville Jaguars in an NFL football game, Thursday, Sept. 24, 2020, in Jacksonville, Fla. (AP Photo/Phelan M. Ebenhack)

He became the first NFL quarterback to notch six wins over the same opponent with six teams.

The lopsided outcome also gave the Dolphins their first double-digit victory in 39 games.

That ends what had been the longest drought in the league.