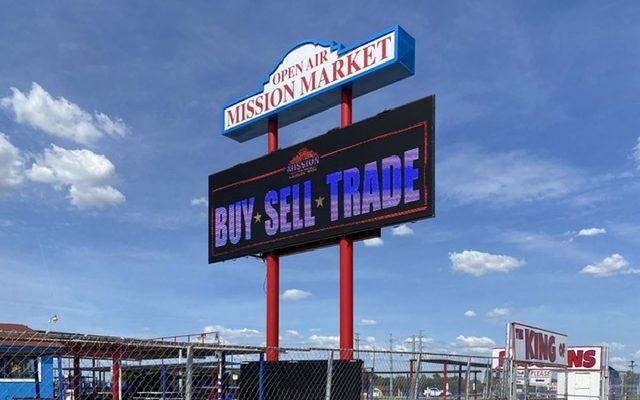 SAN ANTONIO (KTSA News) – Five people  have been wounded in a shooting at a flea market in the city’s South Side. Shots were fired around 11:30 Sunday morning at Mission Open Air Market on Loop 410 at Moursund Road.

Police Chief William  McManus says several shooters were involved and they’re investigating more than one crime scene at the flea market. At least one of the suspects is in critical condition.

“Apparently, we had a shooting between rival gang members,” Ramon told KTSA news. “It happened in our west parking lot and none of our employees or customers were injured.”

Ramon said he was in the office when the shooting erupted and he immediately dispatched security officers who helped apprehend some of the suspects.

Benito Contreras, who lives behind the flea market, heard the shots and came out of his home to see people running and screaming.

“People were jumping the fence and tearing it down. They just panicked,” Contreras said.

He told KTSA News that some of them ran behind his home to seek cover.

“I let some of them inside and my wife gave them water. They just wanted to hide,” said Contreras. “I’ve never seen anything like it with people running everywhere.”