Florida girl abducted in 2007 reunited with her mother 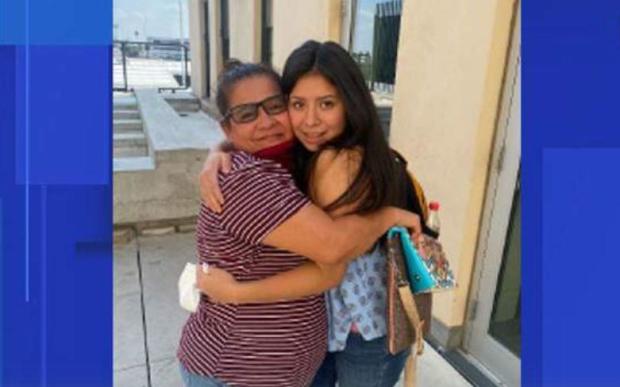 A Florida girl who was allegedly abducted by her father in 2007 when she was 6 years old was reunited with her mother at the U.S.-Texas border, police said Monday.

The girl’s mother, Angelica Vences-Salgado, said she received a message on social media from a woman in Mexico claiming to be her abducted daughter, Jacqueline Hernandez, according to a news release from police in Clermont, Florida. The daughter told her mother she was in Mexico and wanted to meet her at the border, police said.

On Friday afternoon, Hernandez finally got to see her mother for the first time since 2007. Investigators, who said documentation proved the now 19-year-old was Hernandez, released a photo of the two embracing.

“A kidnapped daughter was reunited with her mother as a result of enforcement working together,” Homeland Security Orlando Assistant Special Agent in Charge Davide Pezzutti said in a statement.

Hernandez was allegedly taken by her father, Pablo Hernandez, on December 2, 2007, the Florida Department of Law Enforcement said when she went missing, and a warrant for kidnapping was issued for Pablo Hernandez. Authorities said in the flyer that he and his daughter may have traveled to Mexico, the agency said.