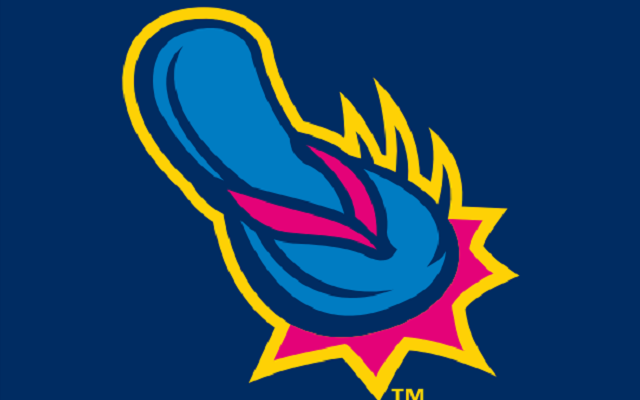 However, the 2019 logo will feature the next step in the story of the “Flying Chancla.”

The team announced Monday that the 2018 logo, which the team will use occasionally this year, featured the chancla flying through the air after it was thrown by the abuelita.

In the 2019 logo, that chancla connects with its intended target.

The Mission will play as the Flying Chanclas in 19 games this season — 13 at home and six on the road.

For the uninitiated, the name “Flying Chanclas” is intended to honor the matriarch of the Latino family, the abuelita, and her symbol of strength, discipline and love.  The team says the chancla has long been a symbol of the abuelita’s strength.

The Missions will begin their first season in AAA’s Pacific Coast League, affiliated with the Milwaukee Brewers, after moving up from the AA’s Texas League.  The first game of the 2019 season is April 4th against the Oklahoma City Dodgers.