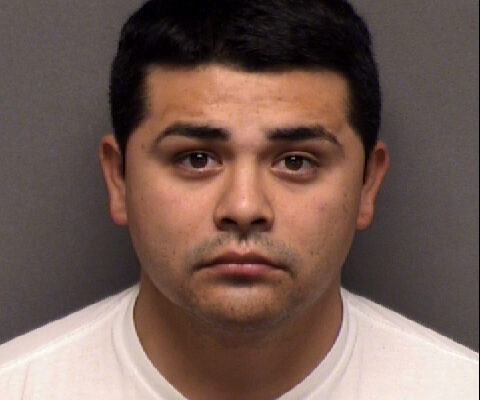 SAN ANTONIO (KTSA News) -A former Bexar County Sheriff’s deputy has been sentenced to 3 years in prison for exposing himself to a girl.

Twenty-seven-year-old Andres Ibarra pleaded no contest to indecency with a child by exposure after he was caught on video by the victim. A 15-year-old girl told investigators that she was walking to school when Ibarra pulled up next to her and offered her a ride.  When she refused, he followed her and exposed himself.   The teen started videotaping Ibarra with her cell phone, but that didn’t stop him.

Ibarra was arrested in Dec. of 2019, just months after he resigned from the Bexar County Sheriff’s Office amid an investigation into workplace infractions, such as sleeping on the job and tardiness.  At the time of his arrest on a charge of indecency with a child, Salazar called it a “slam dunk case,” thanks to the victim’s video.   District Attorney Joe Gonzales agrees.

“This brave young victim’s decision to record this crime helped bring the defendant to justice. It is incredibly disappointing that someone who served as a member of law enforcement would commit this type of crime, especially to a child,” said Gonzales.

During the investigation and throughout the process, Ibarra consistently referred to his actions as an “inconvenience” to the victim.

“This was more than an inconvenience. This was a brazen disregard for the safety, wellbeing and autonomy of a child. I commend the child’s courage for speaking up and bringing this to the attention of law enforcement,” said Assistant District Attorney J. Hunter Morris of the Public Integrity and Cyber Crime Division.